Man captures his own high-speed chase on Snapchat 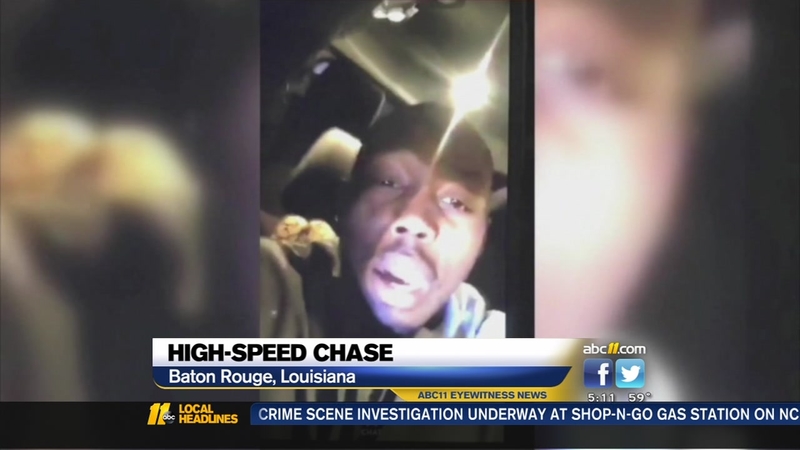 BATON ROUGE, La. -- A stunning video of a high-speed chase was filmed from the front seat of a getaway car in Louisiana.

Devonte Stewart took to Snapchat while dozens of law enforcement officers chased him.

"This Snap. I'll be gone for a very long time," Stewart said to the camera. "I love y'all. Y'all look at this. I'm on a real speed chase."

The chase stemmed from an incident on Southern University's campus. Stewart, a former student, was apparently banned from one of the dorms.

Stewart then led police on a high-speed chase, capturing it on Snapchat.

He was later taken into custody.