Auction house full of items in Madera County burns down 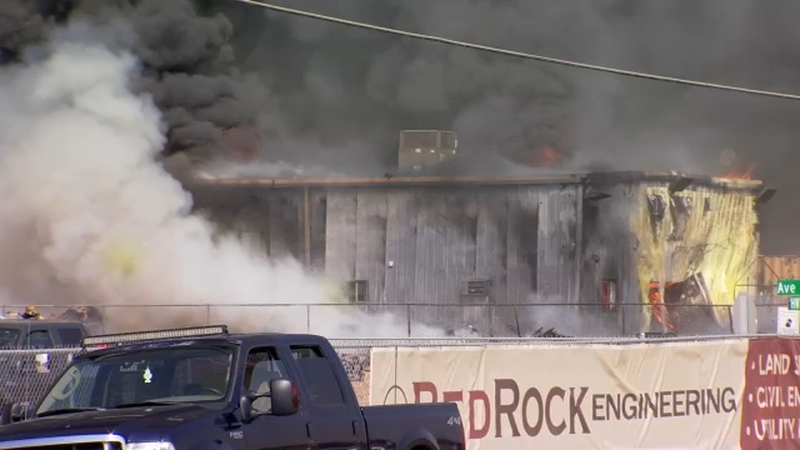 Auction house full of items in Madera County burns down

MADERA, Calif. (KFSN) -- The thick black smoke pouring into the sky was visible from many miles away.

Fortunately, no one was inside the building at the time it caught fire.

Amanda Vartanian owns Public Auction R Us. She snapped a photo that shows several items on fire in front of the building.

We talked to her husband, Kirk.

"I really believe someone threw something over the fence, according to a witness," he said.

A witness driving by the fire told us he noticed flames coming from pallets and boxes outside, closer to the sidewalk. By the time firefighters from Madera City and County and engines from Fresno arrived, the fire had quickly spread.

"That very well could have been but right now, the cause is under investigation," says Madera County CAL FIRE Battalion Chief Andrew Overbay. "I know when our first engine arrived at the scene, that they did have the building fully involved."

The building was full of items in preparation for the next auction.

Vartanian says people were already bidding on TVs, furniture and computers. The inside looked more like a store before the fire.

"We have auctions every Saturday," he said. "They worked all night to get it ready. The auction is online and now, it's a total loss. Everything burned down."

Nothing was salvageable after the intense flames tore through the building, leaving it a charred shell.

Investigators will now try to determine a cause.

"Due to the damage, it's going to be hard to track down where it might have come from but they will be able to find some burn patterns," Overbay said.

Vartanian says a dozen people were employed at the 30,000 square foot auction house.