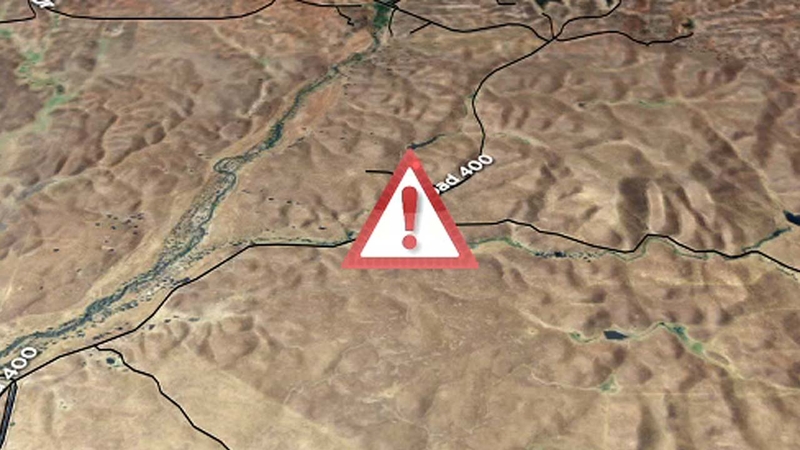 MADERA COUNTY, Calif. (KFSN) -- Two people were killed when they were struck by a truck after getting into a fight in Madera County.

The CHP said they received a call at 9:00 Sunday night after two people were struck by a truck on Road 400 near Road 406 by Hensley Lake. Investigators determined that a Dodge Neon had pulled over on Road 400 after two passengers, identified as Dean Cram and Lucille Trolinger, got into an argument. As Cram and Trollinger argued outside the car and driver, Ricky Holt, tried to intervene. He was hit by Cram. The pair then got into a fight. When Cram was knocked to the ground by Holt, Trolinger intervened, sitting on top of Cram to try and stop the fight.

Investigators said Cram and Trollinger were in the southbound lane when they were hit by a man driving a Toyota pick-up truck.
He's identified as 68-year-old Joi Phatdouang. Investigators say he did not see the pair in the roadway due to the lack of lighting and the blinding effect of the Dodge's headlights.

Holt, the driver of the Dodge, was determined to be under the influence of alcohol and was arrested.