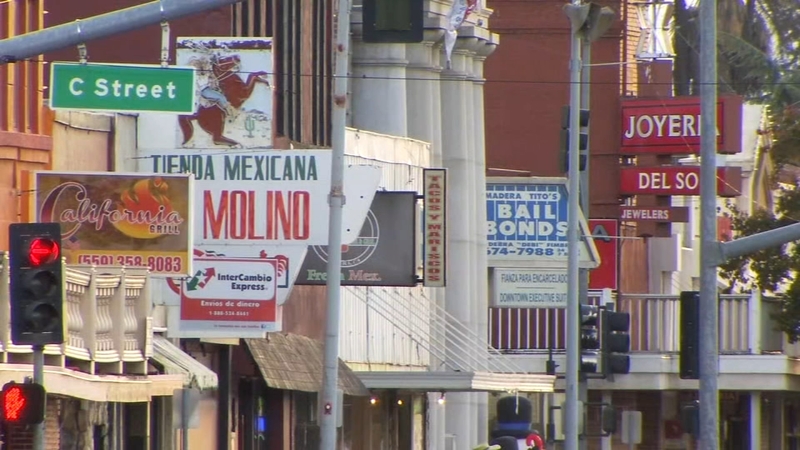 MADERA, Calif. (KFSN) -- Floats, bright lights, and even Santa Claus himself helped make the heart of Downtown Madera look a lot like Christmas.

Hundreds lined the street to watch the annual Christmas Candlight parade of lights on Thursday night.

Chris Miller, the owner of Leighton's jewelry in downtown, was part of the parade, calling it one of his favorite times of the year.

"Seeing the families enjoying it, the kids love it," he said.

He said the parade helps bring people downtown and he hopes new grant money from Caltrans will help revitalize the heart of the city, and keep people there year round.

City officials are working to give downtown Madera a face lift.

She said the city is working to make improvements to sidewalks, streets, and parking.

Mayor Andy Medellin said the city also has an incentive program to get businesses to open their doors in Madera.

This downtown planning grant comes about 10 months after a historic mini mall went up in flames and was reduced to rubble.

Miller said he'd to like to see the mini mall be rebuilt, and would want to city to bring in more options to the downtown area.