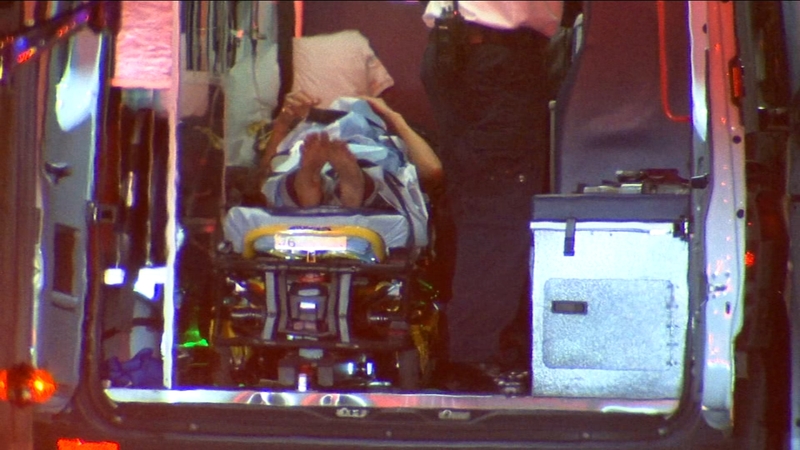 FRESNO, Calif. (KFSN) -- Police crime tape outlines what must have been a violent attack at an East Central Fresno apartment.

A man and a woman were taken to the hospital with gunshot wounds after police were called to the area at around 6 a.m. on Tuesday.

"She was responsive and talking but she's in serious condition as well."

According to Fresno Police the woman in her 30's went to a neighbor's for help shortly after she was shot.

The couple was transported to Community Regional Medical Center.

"She came next door to ask the neighbor that she'd been shot and her boyfriend still shot and he was inside their apartment," said Lt. Mark Hudson.

What's unclear is where the violence took place. Investigators are working to determine if the couple was shot inside their apartment

"Right now we're still trying to get that information. Either they were shot inside or somewhere outside and went inside their apartment. But we do know she went next door to have that shooting reported to police," said Hudson.

Authorities do not yet have a motive in the double shooting but are looking to public for help in solving the case.