Mariposa County cleaning up after a downpour that triggered flooding 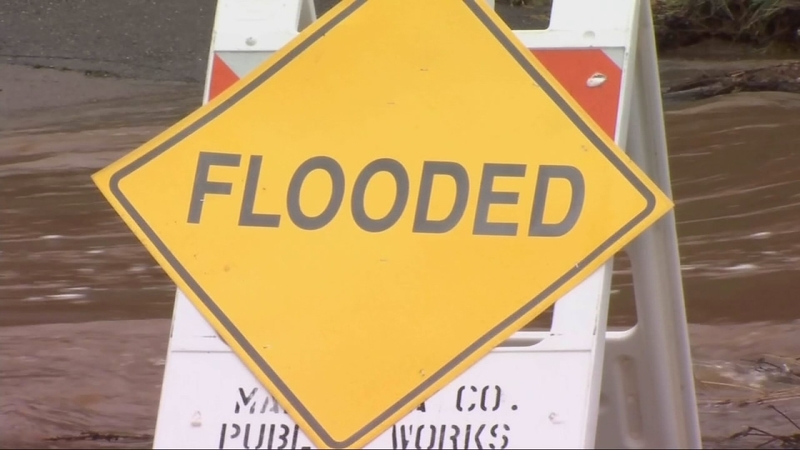 Mariposa County cleaning up after a downpour that triggered flooding

MARIPOSA, Calif. (KFSN) -- Water is still rushing throughout parts of the Mariposa County Friday, one day after a downpour that washed away cars, debris, and even roadways.

Mitch Mahurin lives a few houses down from the portion of Hornitos Road that collapsed and says that in the nearly three decades he's lived in the area, he's never been through a storm like this.

"What I think is that with the fires, it just washed everything away, there was no foliage, there was nothing to keep it from going. This is crazy. This is pretty bad."

The Mariposa County Sheriff's Office worked throughout the night, and into Friday, searching for two people who went missing during the storm.

One was a man from Tuolumne County, the other, a woman from Cathey's Valley. As of Friday afternoon, neither has been found.

Sheriff Doug Binnewies says they've also placed some of their substations to help communities left without phone lines, "We do want those citizens to have updated information so we can lessen their anxiety."

Sheriff Binnewies says the substations keep residents up to date on the work being done to repair infrastructure.

Along Highway 140, Caltrans crews directed traffic as they worked to clear the roads of mud.

More than two dozen roads throughout the county are still closed and both Mariposa County and Caltrans crews are rushing to repair and reopen roads that have now become waterways.

Meanwhile, some people spent the day clearing water from their businesses.

Bob Blackburn describes the damage done at Mountain Auto and RV, "It went right thru the building. It went through the front doors, but it also came through the back."

The business is steps away from one of the roadways that saw a rush of water.