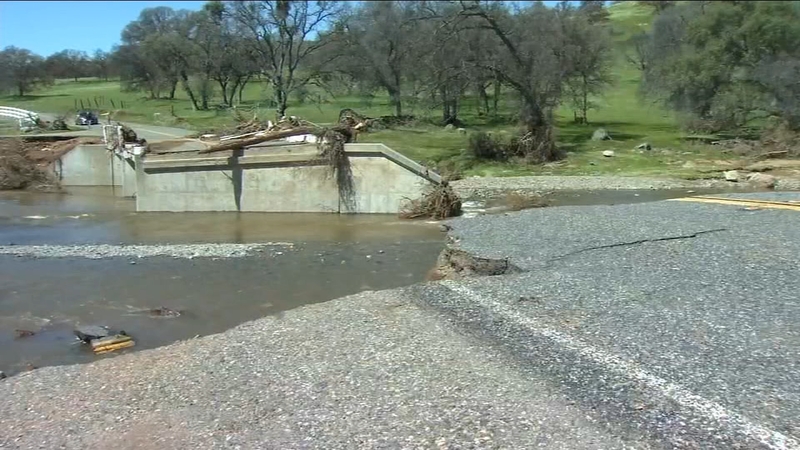 "In the next week or so I'll probably have 12 to 13 roads under construction. The orange cones will be all over the place," says Mike Healy, Mariposa County Public Works Director.

The county also received more than $2 million that they plan to use for dozens of other roadways.

Some of the funds were dollars due to the county from storms in Febuary of 2017, which happened a few months after a major wildfire.

"These were two horrific storms that hit this county. They were magnified in the level of damage because of the Detwiler fire," Healy says.

The county is still waiting on funding from the Federal Highway Administration to fix other roads and bridges washed away by mud and debris.

The state can only pay to repair roads to the way they were before disasters, however, Healy says the way they make futures bridges and roads could change.

"Could we build a bridges in the future higher, and wider, and allow more stuff to get through...while still being good stewards to what we're sending downstream," he says.