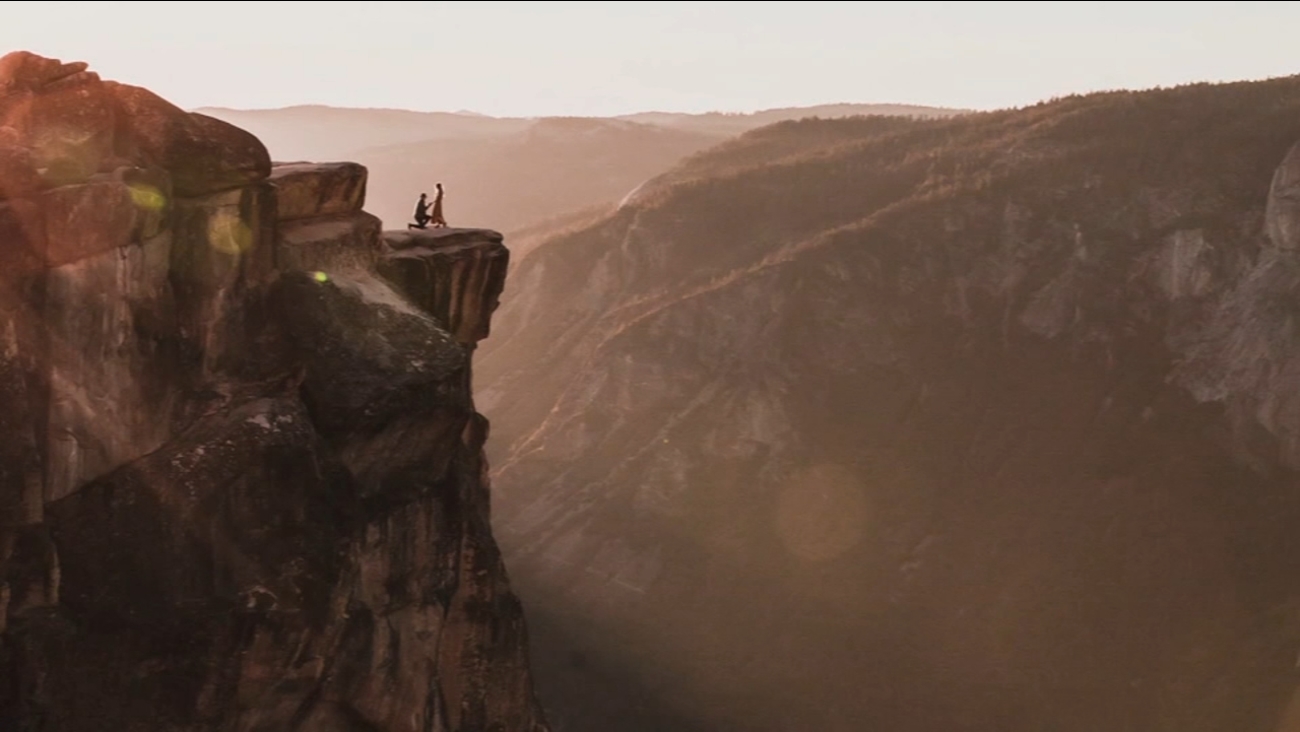 LOS ANGELES -- A Michigan photographer who captured a magical moment in Yosemite said Saturday that he found the mystery couple he'd been searching for.

Matthew Dippel posted to his Facebook on Oct. 17 that he was looking for a couple after he'd captured their proposal when he took a photo of Taft Point the day before.

He said he'd started taking pictures when the proposal unfolded before his eyes. After posting the image, the search for the couple went viral, with his post receiving more than 20,000 shares.

On Saturday, he posted an update that he'd found the happy couple, Charlie Bear and his fiancee Melissa, who live in Alhambra.

Dippel learned he'd captured the couple's second proposal, which he said was "the more special and official one in Charlie's words."

"I wish I was able to meet you in person and hug you. I'm glad I finally found you to share this special moment with you, thanks for being so awesome, and maybe one day we will finally meet in person," he said.