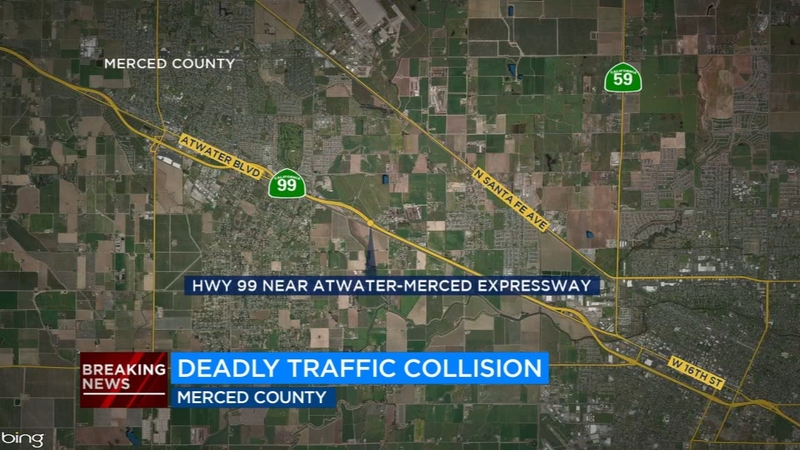 At least one killed in crash in Merced County, CHP says

FRESNO, Calif. (KFSN) -- One person has been killed after being hit by a car and then run over by two other vehicles in Merced County.

The California Highway Patrol says it happened around 6 am Sunday.


The victim was trying to cross Highway 99 in the southbound lanes near the Atwater-Merced Expressway when they were hit by one driver who was unable to avoid the collision.

The pedestrian was then run over by two other vehicles, including a big rig.


Authorities say the drivers were not under the influence and are cooperating with the investigation.