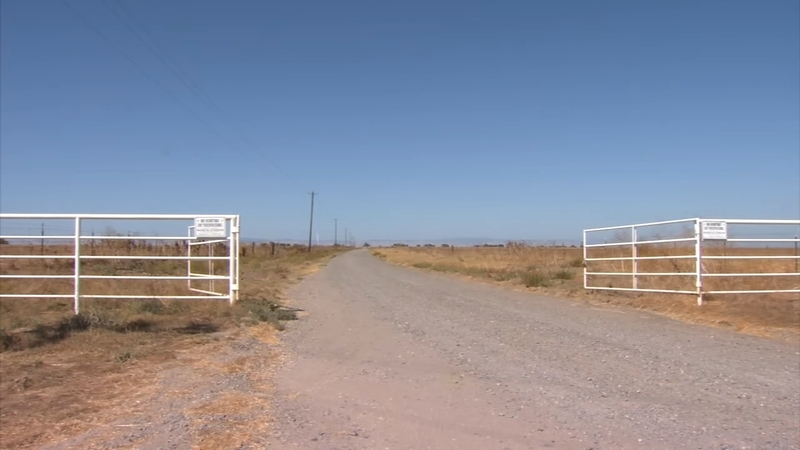 MERCED COUNTY, Calif. (KFSN) -- The remote area on the west side of Merced County became a crime scene Saturday night.

Deputies say a party was underway at a ranch down Green House Road when 48-year-old Mario Quinonez from Gustine became intoxicated and started threatening people with a knife.

"He cut a couple of people, and at some point or another, one of the subjects who was assaulted with the knife pulled out a gun to defend himself and ended up shooting the decedent," said Merced County sheriff's deputy Daryl Allen.

The man's friends put him in a vehicle and drove him out closer to the highway to meet the ambulance near Bert Crane Road, where flares were still visible Monday morning.

"I know the paramedics worked on him for several minutes. I think it was close to 45 minutes they were trying to help this man, but he ended up succumbing to his inures in that location," Allen said.

Allen said the people at the party were friends, and the incident appears to be a tragic case of self-defense.