Jeremy David Hanson was charged on April 20 with one count of interstate communication of threats to commit violence.
ABCNews
By Ivan Pereira 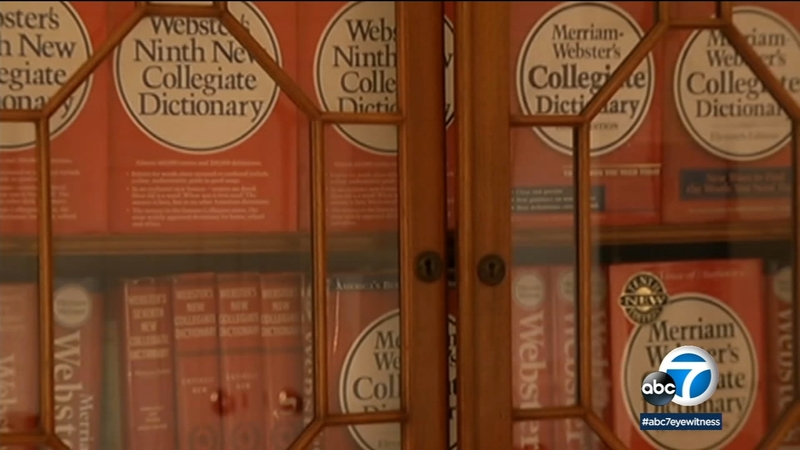 ROSSMOOR, Calif. -- A California man was arrested this week for allegedly threatening to bomb Merriam-Webster's offices and kill its employees over the dictionary publisher's definitions for women, federal prosecutors said.

Jeremy David Hanson, 34, of Rossmoor, Orange County, was charged on April 20 with one count of interstate communication of threats to commit violence for alleged online threats that he sent to the company in October, according to the U.S. Attorney's Office for the District of Massachusetts.

Hanson allegedly sent the company several threatening messages through its "Contact us" section on its website and in the comments section on its webpages that corresponded to the word entries for "Girl" and "Woman." Rachael Rollins, the U.S. Attorney for the District of Massachusetts, said. Rollins said the threats were serious enough to force Merriam-Webster to close its Springfield and New York offices out of an abundance of caution.

"We believe Hanson sent a multitude of anonymous threatening and despicable messages related to the LGBTQ community that were intended to evoke fear and division," she said in a statement.

Hanson allegedly used the handle "@anonYmous" to post a message on Oct. 2 on the comment section of Merriam-Webster's webpage for the definition of the word female stating that "Merriam-Webster now tells blatant lies and promotes anti-science propaganda," according to the U.S. Attorney's office.

"There is no such thing as 'gender identity.' The imbecile who wrote this entry should be hunted down and shot," he allegedly wrote in the comment section.

Hanson also allegedly wrote a message on the "Contact us" page stating the company's headquarters should be "shot up and bombed," federal prosecutors said.

"It would be poetic justice to have someone storm your offices and shoot up the place, leaving none of you commies alive," he allegedly wrote.

Hanson posted a similar message on the "Contact us" page on Oct. 8, according to the U.S. Attorney's office.

The suspect allegedly sent related threats to other companies, non-profits and individuals including two professors at Loyola Marymount University, the American Civil Liberties Union, Amnesty International, Land O' Lakes, Hasbro, Inc., IGN Entertainment, the president of the University of North Texas and a New York City rabbi, according to prosecutors.

"Threats to life are most certainly not protected speech and they cause real fear in victims," Joseph R. Bonavolonta, the Special Agent in Charge of the FBI Boston Division, said in a statement.