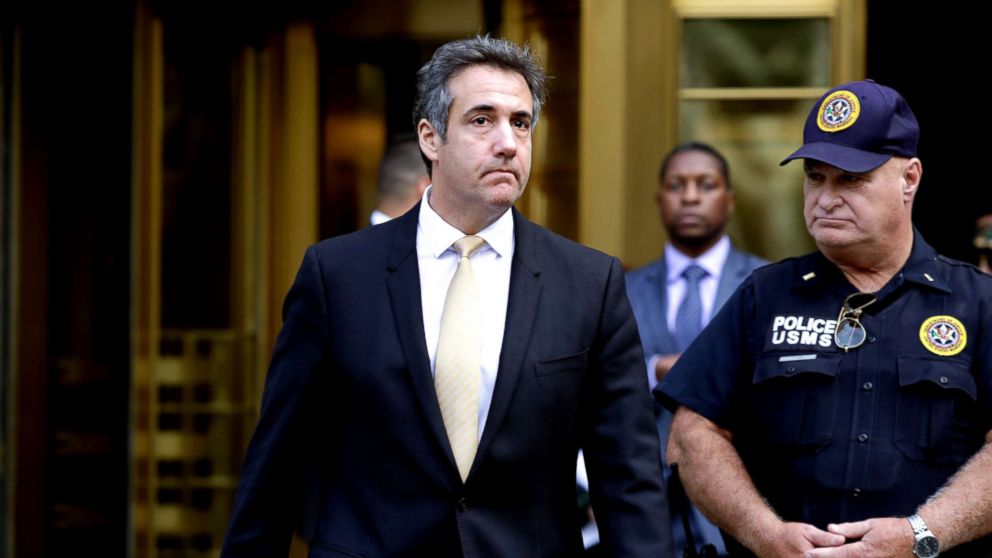 State investigators in New York issued a subpoena to Michael Cohen on Wednesday as part of an ongoing multi-agency investigation into the Donald J. Trump Foundation, a spokesperson with the state's department of taxation and finance told ABC News.

The subpoena for Cohen arrived less than 24 hours after the former fixer and personal attorney to President Donald Trump pleaded guilty to two charges of campaign finance violations related to the Trump campaign.

An official with the office of New York Governor Andrew Cuomo told ABC News that shortly after Cohen was served the subpoena, he reached out to the NY department of taxation and finance to ask when they could schedule a time to talk.

The lawsuit targets Trump and three of his children - Donald Jr., Ivanka, and Eric - and seeks to dissolve the private New York-based foundation and prevent the Trumps from serving as directors of any nonprofits in the future.

James Gazzale, a spokesperson with the state's department of taxation and finance, confirmed that Wednesday's subpoena asked Cohen "for relevant information in light of the public disclosures made yesterday," adding, "We will be working with the New York attorney general and the Manhattan district attorney, as appropriate."

A spokeswoman with the New York attorney general's office declined to comment on the subpoena, as it is part of an ongoing investigation, but did say that "we will hold Donald Trump and his associates accountable for violations of state law, and will seek a criminal referral from the appropriate state agency as necessary."

Cohen pleaded guilty on Tuesday to eight felony counts in a Manhattan federal court, including two counts of campaign finance violations spawned from hush money agreements with two women, Stormy Daniels and Karen McDougal, who claim to have had affairs with Trump, which he has denied. Cohen said in court, under oath, that he made those payments "in coordination with and at the direction of a candidate for federal office."

The "candidate" Cohen referred to was not named in court or in the criminal information charging document but one of Cohen's lawyers, Lanny Davis, later said that Cohen had "testified under oath that Donald Trump directed him to commit a crime."

In addition to the campaign finance violations, Cohen pleaded guilty to five counts of tax evasion and one count of false statements to a bank.

In response, President Trump tweeted that Cohen "plead guilty to two counts of campaign finance violations that are not a crime."

During a briefing on Wednesday afternoon, White House press secretary Sarah Huckabee Sanders maintained that the president "did nothing wrong" with regard to Cohen's guilty plea and implication of Trump.

Speaking on "Good Morning America" on Wednesday, Cohen's attorney, Lanny Davis, said his client "will tell the truth to everybody who asks him about Mr. Trump."