Michelle Redmond found bludgeoned to death at a Redwood City home in 1995. On Thursday morning, the man convicted of her murder has a parole hearing scheduled. Redmond's family spoke exclusively to ABC7 about their fight to keep him behind bars.

REDWOOD CITY, Calif. -- The family of Michelle Redmond is being forced to relive the trauma of her death. Redmond was found bludgeoned to death at a home in Redwood City, California in 1995. This Thursday morning, the man convicted of her murder has a parole hearing scheduled, which could make him one step closer to walking free.

"It's not fair to my family. It's just wrong," Redmond's sister, Monica Hardeman Gavin, said through tears in an exclusive interview with our sister station ABC7 News.

After two decades, Gavin and her family are facing the possibility of Redmond's murderer, 67-year-old Michael Flores, being released.

Because of California's prison overcrowding, in 2014 a federal court ordered the state to implement a parole process for inmates 60 years or older, and incarcerated for at least 25 years. It's known as the Elderly Parole Program.

Flores faces the parole board on Thursday.

Gavin shared, "We were assured that this was not a possibility. So, it's taken a while to even understand this as something that could happen."

"We are all in pain. We're all reliving what he did," she continued.

Archive: Search for suspect in 1995 bludgeoning death of Michelle Redmond

In the late 1990s, Flores was found guilty of first-degree murder, a third strike. He was convicted in the 1995 bludgeoning death of Redmond.

He struck her in the head with a hammer at least 28 times. He later took off in her car, with Redmond's 4-year-old son Evan inside.

"I had known what was going on. I mean, to a certain extent," Evan Redmond said. "And I was terrified of him. Nothing looked right. I knew my mom wasn't OK, and not to ask any questions."

Evan was dropped off near the family's home. Now 29 years old, it isn't lost on him that he's the same age his mother was when she was killed.

"I can never forget. I remember everything -- at least from the time of being at the house to when I got home, and then seeing the rest of my family afterwards," he said. "Because, when I got dropped off near my house, I had made it back home and I sat outside for I think, like three or four hours."

"A mailman found me because I didn't know how to get in contact with people. And I really just wanted to be left alone," Evan shared.

After being dropped off by Flores, the suspect was able to evade police for several days. In that time, Gavin said Flores had called and threatened her life as well.

"He kept calling the house and then he was asking for her," she said. "Then he said, 'You're next.'"

Flores was eventually caught and sentenced to 171 years in prison.

The California Department of Corrections and Rehabilitation (CDCR) told ABC7 News: "Michael J. Flores, 67, was admitted from San Mateo County on March 2, 1999, to serve life with the possibility of parole for first-degree murder, a third strike, and an enhancement for use of a deadly weapon; first-degree robbery and vehicle theft."

CDCR said on July 27, 2000, Flores was also sentenced in Los Angeles County to serve six years for voluntary manslaughter with the use of a firearm.

According to the CDCR, Flores is currently housed at Substance Abuse Treatment Facility and State Prison in Corcoran.

The department confirmed Flores has an initial parole suitability hearing, scheduled for April 15.

Gavin and Evan explained there are several family members who plan to give impact statements during the hearing. Although the set up will be over the internet, due to the ongoing pandemic.

"I just hope that we all get to say what we need to say," Evan told ABC7 News. "And everybody hears us and realizes that he's still a danger to society and danger to women all over the United States."

"He's doing fine in prison because he doesn't hate men. He hates women," Gavin added. "And he's going to do it again."

Gavin explained she has severe PTSD and is disabled. "This has destroyed my life," she continued. "I rescue horses because that's the only thing I can do. I have night terrors. I wake up having nightmares about my sister."

She said the family was promised parole would not be an option. "And that promise has been broken. My nephew doesn't have mom. My daughter doesn't know her aunt. It's just wrong. It's not OK," Gavin shared.

"Our family needs to heal. You can't heal when something keeps coming up over and over again," she told ABC7 News.

Evan added, "We should be done with this. We should be allowed to be at peace and try to deal with this as a family and be able to help each other out through the course of this."

"Now, we have to do this every three years and go through this pain," he said.

After learning about the scheduled parole hearing, Gavin said she reached out and requested a meeting with Flores. She said her request was denied.

"I want to hear remorse. And he needs to know that he has impacted so many people," Gavin said. "My family, we have not recovered."

The family is now putting a pause on healing in a push to keep Flores in prison.

"Even just the simple things in life -- eating, sleeping, and making sure that you get your work done," Evan said. "Everything is just more difficult and everything is on the back burner now. This is our primary focus, number one, and it can't be forever."

Beyond taking his mother's life, Evan said Flores has also taken any opportunity to make memories.

He shared, "That's really what he took away from me, even the memory. Like, I don't have any real memories of my mom that, for all I know, are real things. I have, in my head, images."

He said he's used the time that has passed to hold on to happy memories with his mother, focusing on more positive moments.

"Now that this is being brought up, it's making that a lot more challenging," Evan told ABC7 News.

Girl missing since 2019 was murdered in New Hampshire: Police 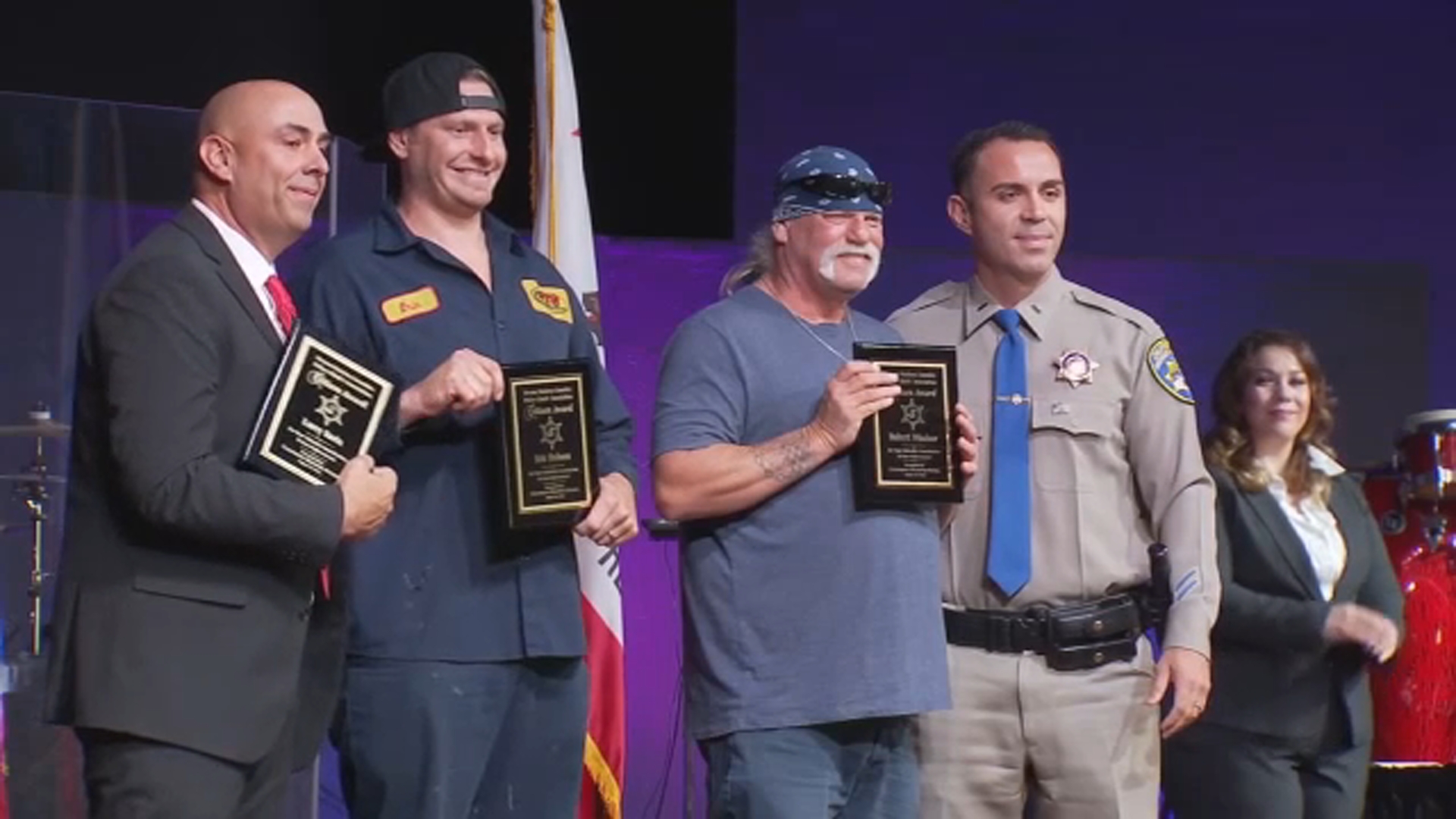