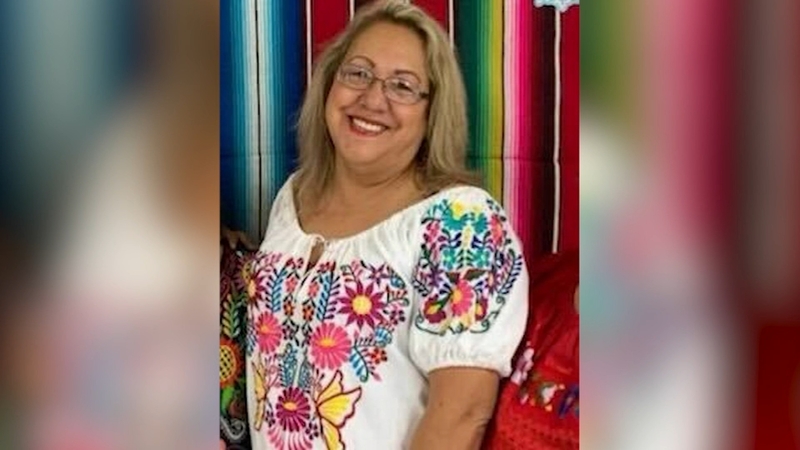 Officers say a gang member was on board and as they followed the vehicle, a suspect dropped a gun out of the car before the group continued to speed through the streets of Sanger, reaching speeds of 80 miles per hour.

At one point, they almost crashed into officers. Police say when the suspects tried turning right onto Almond Avenue, the driver lost control, went over a curb and into the driveway of 65-year-old Minerva Camacho's home.

In a matter of seconds, Minerva shoved her granddaughter out of harm's way and was struck and pinned against her home by the suspect SUV. She underwent hours of surgery, and died at the hospital.

"She was just an innocent bystander on her way to grab her mail with her grandkids and the pursuit ultimately took her life," says her nephew, Juvenal Cazares.

Cazares has retraced the path of the pursuit through dozens of intersections, homes and near schools.

"I don't feel like it was worth it and I see plenty of reasoning here as to whether you should continue," he said.

He's reading the Sanger Police Department's pursuit policy, which lists several factors that officers should take into consideration when deciding whether to continue a pursuit, including public safety.

"It seems like the policy was broken," he said. that there is accountability for the actions that were taken that led to this pursuit and ultimately taking my aunts life.

Minerva grew up in Fresno County and recently moved back to Sanger after living in Southern California for decades. She lost her husband just last year.

Her sister, Catalina says she was looking forward to spending her retirement close to her kids, grandkids, father and siblings who lived nearby.

"But could you imagine her little granddaughter, her grandson seeing this and she's pinned right there," she said. "And these criminals, they just ran."

Police eventually arrested both suspects. But her family says they want to see more done to avoid a similar tragedy.

"Her life meant something to us all," Cazares said. "It means something and there has to be some sort of accountability."