Oklahoma police have been searching for Athena Brownfield since Tuesday

What is an Amber Alert and what has to happen in order for one to be issued? Click play to learn more.

CYRIL, Okla. -- Authorities have made a second arrest as they continue their search for a 4-year-old girl who was reported missing after a postal carrier found her sister wandering alone outside on Tuesday, authorities said.

Local authorities began searching for Athena Brownfield Tuesday afternoon, when the postal worker discovered her 5-year-old sister near the children's home in Cyril and notified police, according to the Oklahoma State Bureau of Investigation, which is also involved in the search.

Alysia Adams, 31, was arrested Thursday afternoon on two counts of child neglect, the agency said. The two sisters were reportedly in the care of Adams and her husband when the 5-year-old was found alone, police said.

Her husband, Ivon Adams, 36, was also arrested Thursday in Phoenix, Arizona, and is currently in the Maricopa County Jail awaiting extradition to Oklahoma.

Meanwhile, the search for Athena continues.

"The investigation into her whereabouts is active and ongoing," the agency said Thursday.

The Oklahoma Highway Patrol on Wednesday issued a missing and endangered person alert to people in a 15-mile radius of Cyril, located about 70 miles southwest of Oklahoma City, ABC News reported.

Law enforcement is working to put together an exact timeline of when Athena was last seen, according to Brook Arbeitman, a spokesperson for the Oklahoma State Bureau of Investigation.

The location of the parents is "part of the ongoing investigation," Arbeitman told reporters Wednesday.

"Right now our top priority is locating her and sorting out who's responsible will come next," Arbeitman said. "But we need to find this little girl."

Arbeitman said whether the child is a victim of physical harm is "yet to be determined," though she is considered in danger at this time.

"She's a little child and she's missing, and she's on her own in the elements," Arbeitman said.

Her sister did not require any medical care and currently is in protective custody with the state, Arbeitman said.

The National Center for Missing & Exploited Children and soldiers from Fort Sill are among those assisting in the search, Arbeitman said. State troopers were conducting sonar searches of bodies of water in and around Cyril on Wednesday. Search dogs from the Oklahoma Department of Corrections and drones from the Oklahoma Bureau of Narcotics and Dangerous Drugs have also been employed in the search.

Arbeitman said authorities are finding items in town that "could be relevant" and helpful to the case, though did not elaborate.

"We are finding things that we hope might give us clues," she said.

Law enforcement is encouraging residents and businesses to share any surveillance footage they may have, including doorbell cameras, as well as to search their properties.

Athena is described by authorities as being 3 feet tall and 45 pounds with light brown hair and blue eyes. She is believed to have been recently wearing a butterfly hoodie.

Anyone with information on her whereabouts is asked to contact the Oklahoma State Bureau of Investigations at 800-522-8017 or tips@osbi.ok.gov. 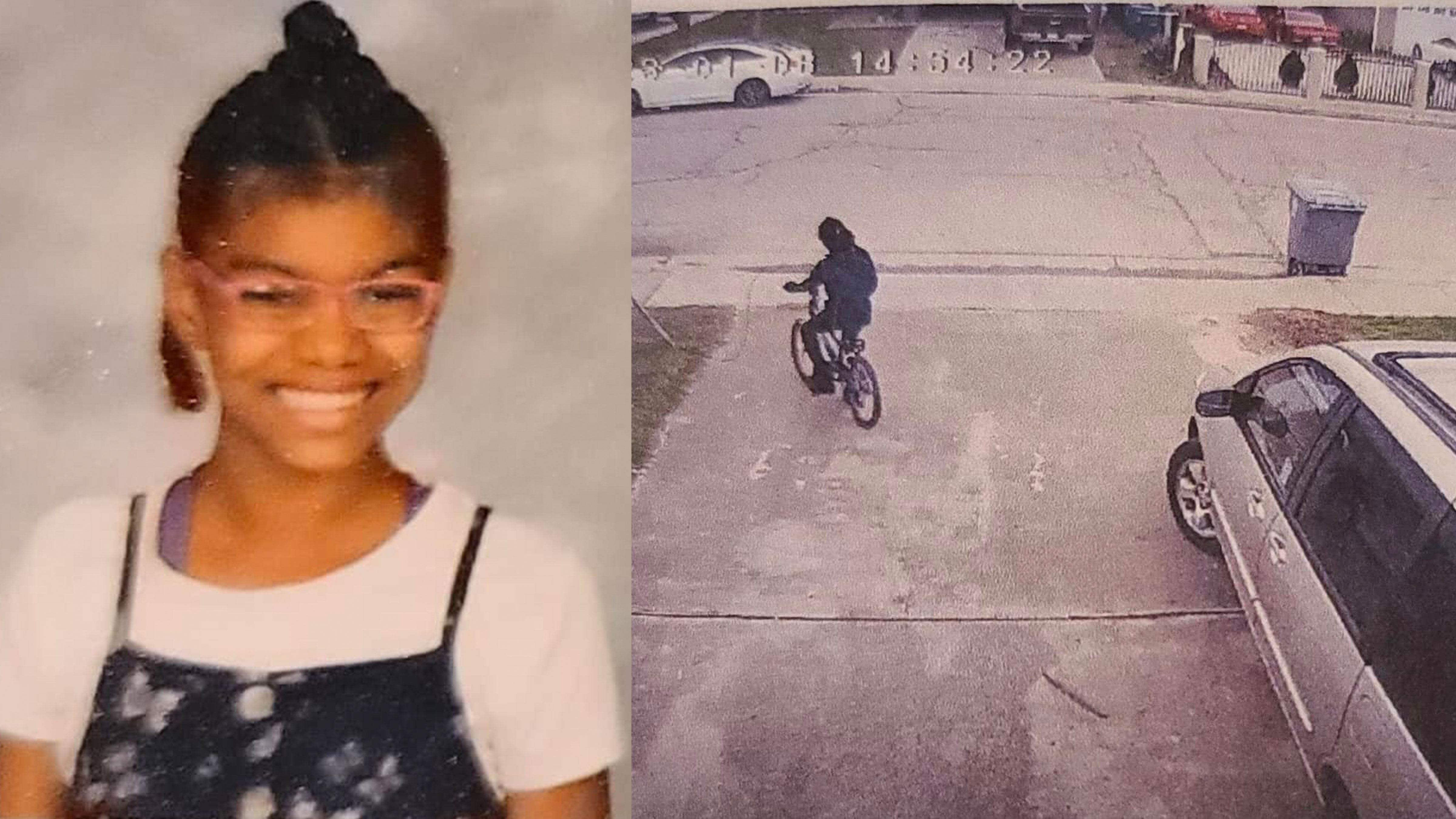 'Baby Holly' reunited with family 40 years after her parents' murders