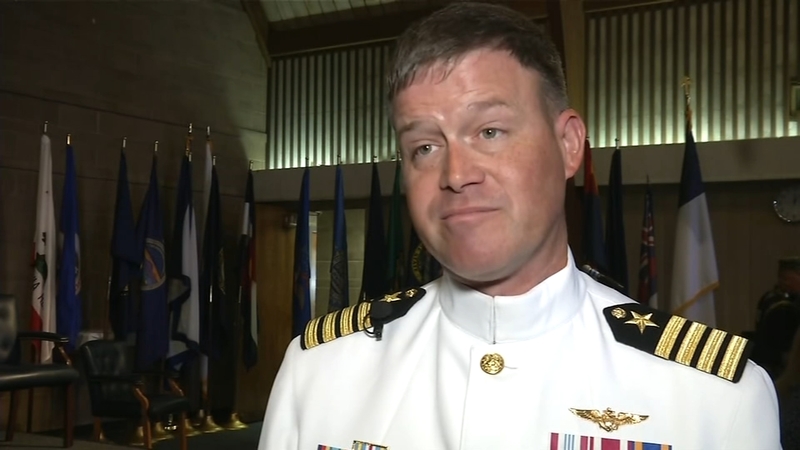 James is moving on to a new Navy post in the nation's capitol after serving as the base's commanding officer for nearly three years.

"It gets hot, it gets dusty sometimes. Sometimes it even rains. But it's the best place in the world for the mission, and the best community support I have ever seen in the Navy anywhere," James said.

Captain Douglas Peterson, a decorated F-18 pilot, takes over as the base's 26th Commanding Officer during a period of unprecedented growth- associated with the arrival of the Navy's 5th generation aircraft, the F-35.

"We've welcomed the F-35 here. We've already transitioned one squadron. We're bringing in more squadrons. We're building hangars, we're improving facilities. This base is going to hold well over 60% of the strike fighter community in the Navy," Peterson said.

Peterson says a Marine squadron will transition next, and another Navy squadron after that.

Within the next couple of years, they'll start building a new hanger for the F-35s.

As more squadrons arrive and more jobs become available, Peterson expects several thousand more people at the base, which, eventually, will require new and improved infrastructure.