4 mountain lion kittens found in Santa Monica Mountains; may be products of inbreeding 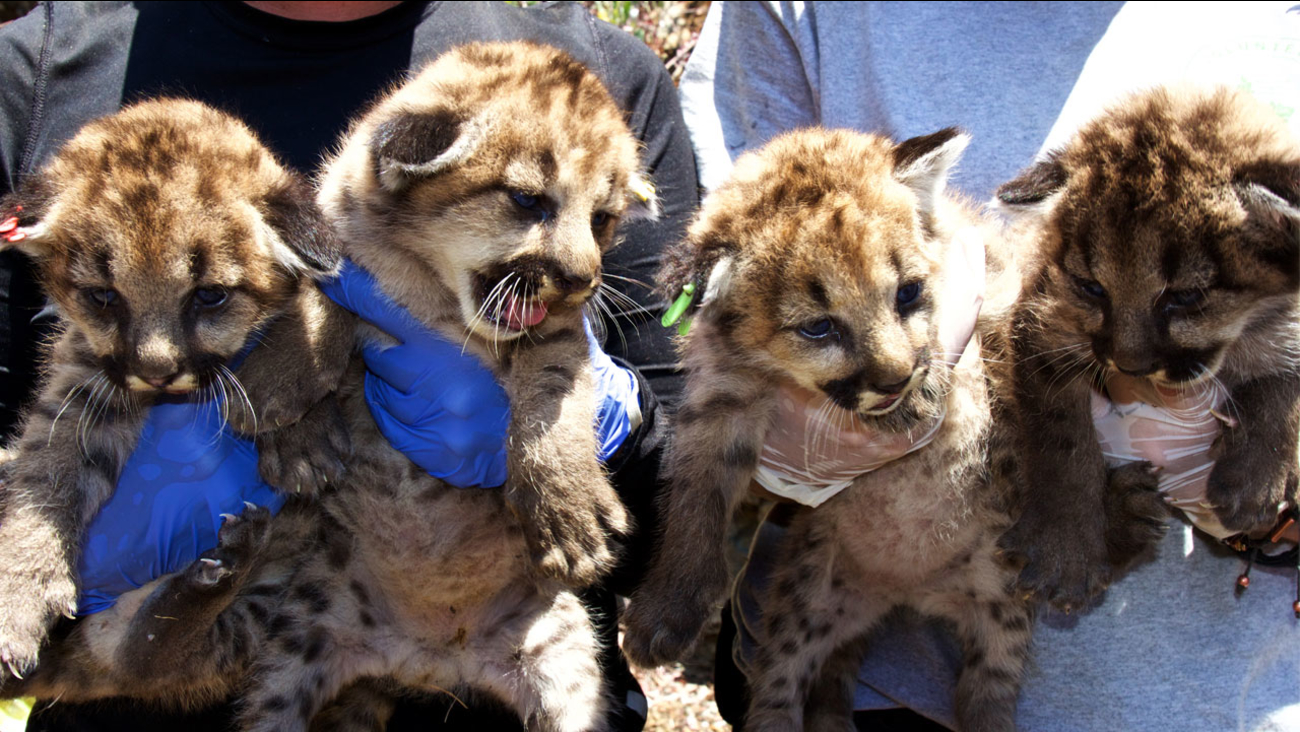 THOUSAND OAKS, Calif. -- National Park Service researchers discovered a litter of four mountain lion kittens, but they are suspected to be products of inbreeding.

It is the fourth litter of kittens for mother P-19. Researchers believe she mated with P-56, a 3-year-old male who is also her grandson. P-56 is also a product of inbreeding, as his mother mated with P-12, who is his father and grandfather.

Genetic testing is required to confirm the paternity for P-56, but researchers found that two mountain lions spent about 90 days together before the birth of a kitten and that's the gestation period for mountain lions.

Researchers have studied P-19 since she was four weeks old, and she is now 8 years old. Of the seven kittens from her previous litters, four died, two were never given GPS collars and one is confirmed to be alive.