AP
MINEOLA, N.Y. -- After a suburban district attorney in New York barred her prosecutors from keeping handguns, even at home, her office said the goal was safety. But the now-changed restriction has touched off debate about whether prosecutors should be packing heat.

The Nassau County DA's office loosened the policy last week but still prohibits prosecutors from carrying guns at work, saying that could be dangerous or discomfiting in a job known for sensitive, unpredictable situations.

Some other DAs say they allow prosecutors to carry guns precisely because their jobs can be dangerous - to them. One has even offered to pay for his prosecutors to apply for gun permits.

The episode has renewed attention to the risks prosecutors can face and how far they should go to protect themselves.

"There are cases where you're physically in danger if you're an assistant DA," says William Fitzpatrick, the president of the National District Attorneys' Association, which hasn't taken up the issue of prosecutors having guns and generally considers security a matter for each DA to decide.

But as the DA in Syracuse, New York, Fitzpatrick knows some attorneys on his staff have permits to carry guns, and he understands why: "It's not unique for a prosecutor to be the subject of threats."

More than a dozen prosecutors have been killed in the U.S. in the last century, at least eight of them targeted in the line of duty. In 2013, a North Texas DA, one of his assistant prosecutors and the DA's wife were killed in what authorities said was a revenge plot by a former justice of the peace who had lost his job after being convicted of stealing county equipment. He has since been convicted of killing the DA's wife and charged, but not tried, in the other slayings.

The Nassau County DA's office, on New York's densely populated Long Island, had different perils in mind when it began prohibiting prosecutors from owning guns in 2006, unless the DA granted an exception. The office said it wasn't certain whether anyone had applied.

The policy aimed to "avoid the dangers posed by armed, ununiformed lawyers working in charged situations like crime scenes" - dangers such as friendly fire, according to a memo written this week. Spokesman Shams Tarek added that the rule was meant "to ensure the safety and comfort of staff, victims and witnesses."

The risks of having guns in prosecutors' offices aren't entirely hypothetical. A Waco, Texas, prosecutor accidentally fired a shot through an office window and into the wall of a neighboring jail while admiring a colleague's new handgun in 2013. No one was injured, but the prosecutor was later demoted.

The Nassau County DAs policy didn't appear to be common among other prosecutors' offices in the New York City area. No counterparts in Long Island's Suffolk County or any of the city's five boroughs prohibit employees from owning firearms, though Brooklyn, Bronx and Staten Island prosecutors are barred from bringing weapons into their office buildings.

Elsewhere, many California DA's offices have policies spelling out circumstances under which deputy DA's can have concealed weapons, said Martin Vranicar, the assistant CEO of the state DA's association. The Pennsylvania DAs' group suggested during a 2014 security-training session that members develop rules about whether prosecutors could carry firearms, though the organization didn't recommend what those policies should be, executive director Richard Long said.

In Texas, it's so widely accepted for prosecutors to carry guns that some rural areas encourage it as additional courtroom security, although other DAs have assistant prosecutors lock their weapons in their offices, said Shannon Edmonds, a staff attorney at the Texas District and County Attorneys Association. But there has been some debate about whether prosecutors should have guns in plain view in court once the state's open-carry law allows it in January, he said.

University of California, Los Angeles, constitutional law professor Eugene Volokh argued in a Sept. 21 piece in The Washington Post that the Nassau County DA's rule was unconstitutionally broad. And the National Rifle Association asked on its website how "the ban possibly could contribute to the 'safety and comfort' of anybody, except criminals who would seek to victimize prosecutors."

The Nassau DA's office changed the policy Wednesday to say prosecutors can own handguns but can't carry them while working, including at their offices and at crime scenes.

"I'm satisfied that we are ensuring that everyone's rights are protected," acting DA Madeline Singas said Thursday. The old policy was enacted under predecessor Kathleen Rice, now a congresswoman.

Her counterpart in Rensselaer County, near Albany, doesn't see it that way.

"To say you are forbidden from exercising a constitutional right that can protect yourself and your family - I can't imagine a district attorney would want to do that," Rensselaer DA Joel Abelove says. After hearing about Nassau County's policy, he offered to pay for gun-permit application fees and firearms training for his assistant prosecutors.

"We deal with dangerous criminals who know us, who see us around," he said. "You don't get to pick the time or place when a criminal decides they want to attack you."
Related topics:
politicsnew yorknew york citynew york city politicsgun lawspoliticsu.s. & worldguns
Copyright © 2021 by The Associated Press. All Rights Reserved.
U.S. & WORLD 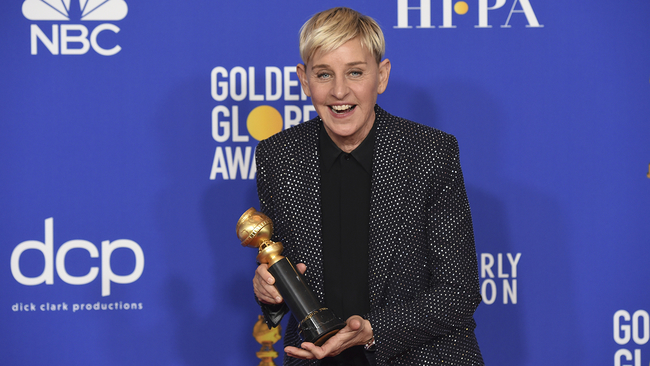