City of Chicago Spokesperson Kelley Quinn confirmed in a statement Wednesday that 11 people were taken into custody around 11:45 p.m. Tuesday and charged with criminal trespassing on city property - a misdemeanor.

At around 4:30 p.m. Tuesday, a group of protesters hooked themselves together in a circle around the George Washington Statue singing and chanting "We Shall Overcome."

"City officials met with the group several times regarding their list of demands - and in fact, agreed to the majority of them," Quinn said in a statement. "City officials continued to make additional concessions, but the group communicated to staff and police officers that regardless of any concessions, they wanted to be arrested. Police told the group repeatedly that they should leave the building."

When the group did not leave after the building closed at 6 p.m., officers took 11 people into custody. Police said they were all released from the District 1 police station.


Chicago Public Schools has been slowly phasing out the high school, one grade at a time. This year will likely be Dyett's last year.

Only 13 seniors currently attend the CPS school, which is in the 500-block of East 51st Street in the city's Bronzeville neighborhood.

Protestors have been very vocal about Dyett's fate, staging multiple protests over the course of many months. 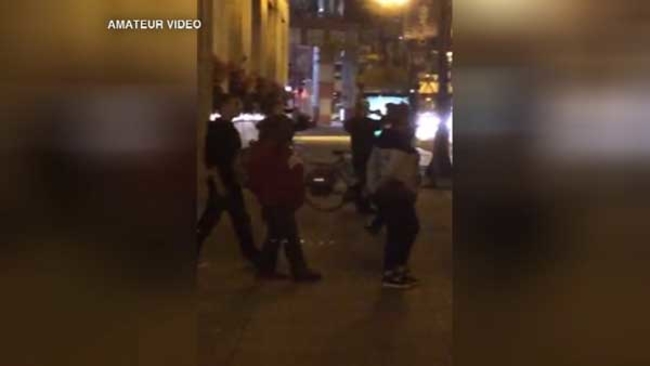 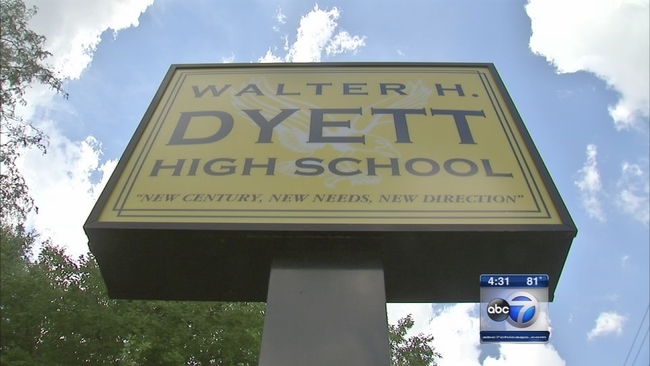 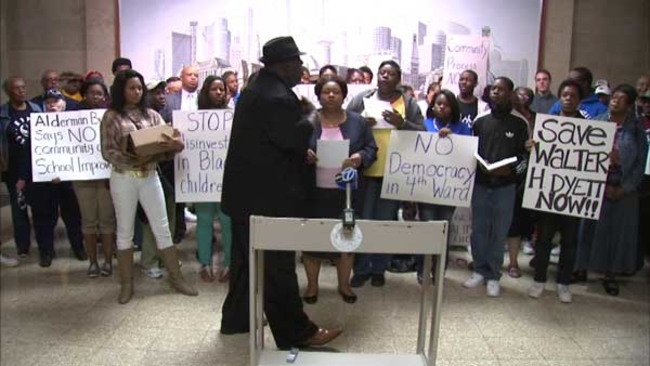