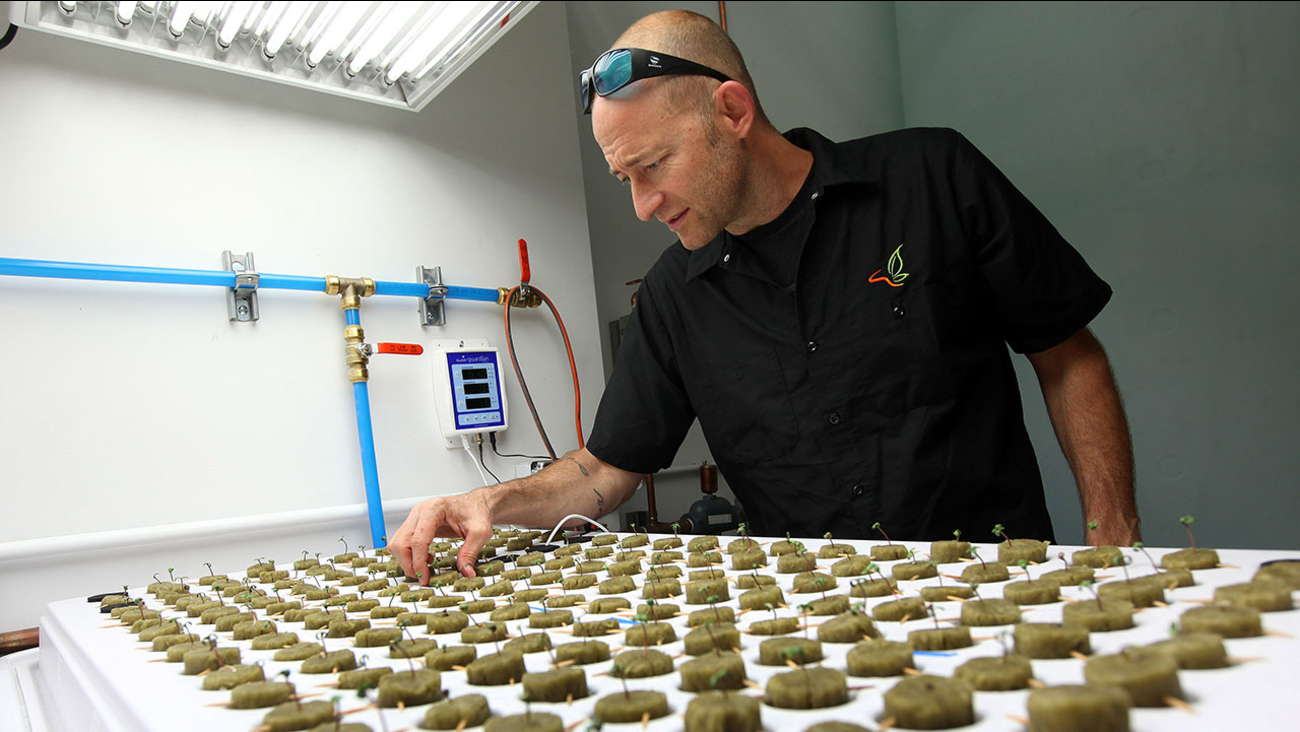 FLANDREAU, S.D. -- Two consultants who worked with a Native American tribe on its plans to open the nation's first marijuana resort have been charged with drug offenses, South Dakota's attorney general announced Wednesday.

The charges come eight months after the Flandreau Santee Sioux destroyed their crop amid fears of a federal raid, abandoning an ambitious scheme to develop "an adult playground" that they estimated could net as much as $2 million a month in profits. Tribal leaders this week said they don't plan to revisit the proposal, and instead will use their land to grow vegetables, including tomatoes.

Attorney General Marty Jackley, who warned against the tribe's proposal from the start, said that a range of marijuana possession charges had been brought against two top officials of Monarch America, the Littleton, Colorado-based company hired to work with the tribe.

Court documents say Hunt ordered marijuana seeds from a company in the Netherlands that were put in CD cases and sewn into shirts and shipped surreptitiously to the tribe's office in 2015. Authorities say Hunt and others cultivated the plants at the Flandreau grow facility before they were burned.

"It is very clearly a violation of both federal and state law what was proposed and what was happening," Jackley said.

The Santee Sioux began exploring a marijuana growing operation after the Justice Department in 2014 outlined a new policy clearing the way for Indian tribes to grow and sell marijuana under the same conditions as some states that have legalized pot. When tribal leaders initially touted their plan to open the resort on tribal land near Flandreau, which is about 45 miles north of Sioux Falls, President Anthony Reider said they wanted it to be "an adult playground."

They projected as much as $2 million in monthly profits, with ambitious plans that included a smoking lounge with a nightclub, bar and food service, and eventually an outdoor music venue. They planned to use the money for community services and to provide income to tribal members.

Jackley warned against the idea from the outset, saying that changes in tribal law to permit the operation wouldn't protect non-tribal members.

Federal officials had concerns, too, that Reider said were about whether the tribe can sell marijuana to non-Indians, along with the origin of the seeds used for its crop. After the tribe destroyed its crop in November, he said they wanted to demonstrate good faith in trying to resolve concerns about the project.