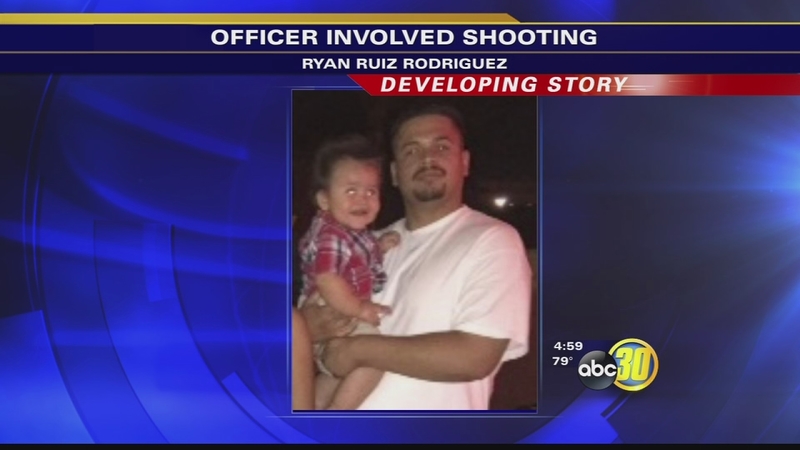 GOSHEN, Calif. (KFSN) -- Family members are identifying the man shot by police as 21-year-old Ryan Ruiz Rodriguez. They said he was scared and ran from two peace officers trying to arrest him.

Tulare county sheriffs investigators say when they came to his house he ran, scuffled with the two officers, a female officer with the Farmersville Police Department and a male deputy with the Tulare County Sheriffs Office, they said he then tried to take the two officers' weapons at which point both officers fired their weapons.

The 21-year-old died from his injuries. The sheriffs office says the deputy and the officer were injured during the altercation and were being treated at a local hospital. They are both on paid administrative leave while the Visalia Police Department investigates the incident.

Authorities said the arrest warrant they were tying to serve was part of a multi-agency, nationwide, detailed called "the national family violence apprehension".

"He was wanted on six counts of domestic violence and one count of assault with a deadly weapon and he had also bailed out," said Tulare County Sheriff Mike Boudreaux.

Rodriguez's mother told Action News, "I started to yell his name and he wouldn't respond and I said is paramedics on their way?" The family is upset that law enforcement didn't use a taser and is telling the media he was unfairly shot at.