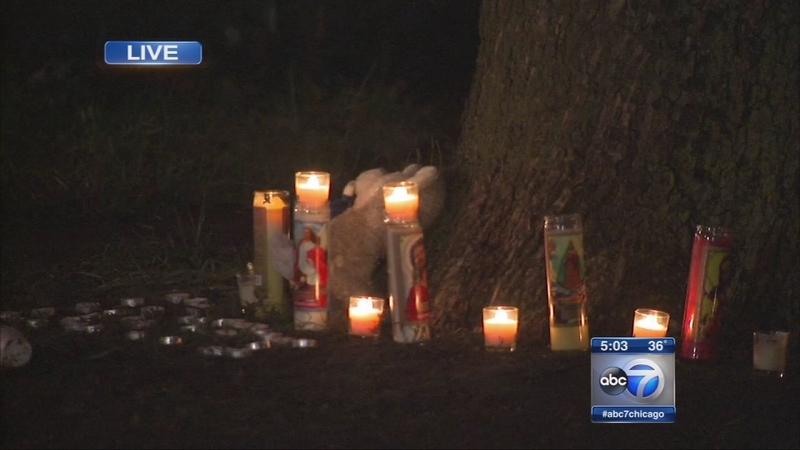 CHICAGO -- A 55-year-old woman is remembered by friends, family and her community after being accidentally shot and killed by Chicago police while celebrating Christmas with her family at her home in West Garfield Park.

Bettie Jones, a bakery worker, mother of five and grandmother, was killed early Saturday when police responded to a 911 call from a father who lived in the same building about his 19-year-old son acting erratic and wielding an aluminum bat, police said. The teen, Quintonio LeGrier, was also killed when police opened fire. Jones was the downstairs tenant in the building.

Police have acknowledged that Jones was shot accidentally. She was shot in the chest, according to autopsy results. However, families for both victims are demanding answers, questioning whether the shooting was warranted.

"She should not have had to open her door and be shot down by a Chicago police officer," said Jones' nephew, Jahmal Cole, during a Sunday press conference.

Cole added that while it's tempting to feel hatred for police, he said it's time for better communications between police and the community. He said community members need to also step up.

"I do believe that people need to join block clubs and know their neighbors," Cole said. "I think we need to show compassion for life in Chicago."

A stead stream of ministers and elected officials, including Rev. Jesse Jackson, came to the neighborhood to offer their condolences to the victims' families. Rev. Jackson called on President Obama to intervene.

"This afternoon I directed the new Acting Chief Administrator of the Independent Police Review Authority and the Interim Superintendent of Police to meet with each other as soon as possible to review the Crisis Intervention team training, around how officers respond to mental health calls. I have asked that they determine the deficiencies in the current training, and determine what steps can be taken immediately to address them," the statement said in part.

LeGrier, the 19-year-old who was fatally shot, was a Northern Illinois University student. His mother, Janet Cooksey, said he had a mental illness, but said he was never violent. She said her son was shot seven times, including once in the buttocks. The Cook County Medical Examiner's office confirmed Sunday that he was shot multiple times.

Police said LeGrier was charging downstairs toward police with the bat.

LeGrier was remembered as a cheerful honor student who shared inspirational quotes with his mother daily.

"I used to watch the news daily and grieve for other mothers and family members," Cooksey said. "Today, I am grieving myself. When does it end? ... No mother should have to bury her child, especially under these circumstances."

Jones' daughters hired an attorney Sunday morning and plan to file a lawsuit.

Cooksey said LeGrier's father was meeting with an attorney on Sunday.

New policy implemented by the interim police superintendent after other police-involved shootings were called into question, requires officers involved in shootings to be on administrative duties for 30 days.

"Why weren't tasers used in this incident?" the statement read. "Why were shots fired before other de-escalating tactics were employed? Why does shooting someone to death seem to be the default tactics of the city's police force? These questions and many others require immediate answers."