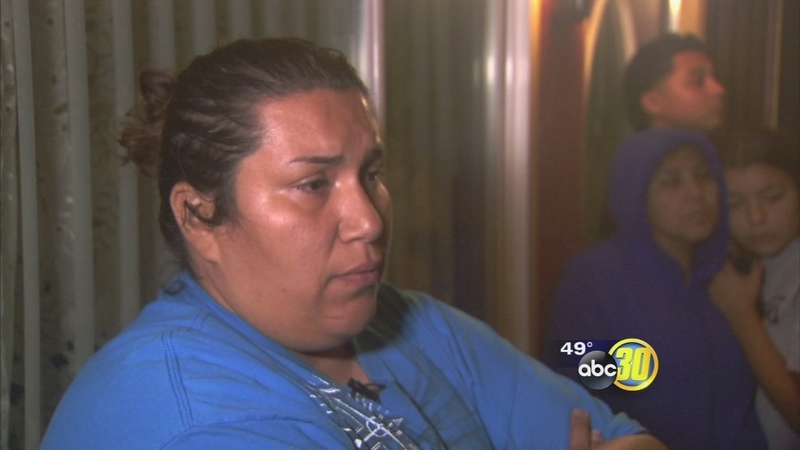 FRESNO, Calif. (KFSN) -- Five people died Sunday morning and another is in critical condition when a fire broke out in a central Fresno home.

All six people inside were found in the same area near the back of the house and in an area where there was heavy smoke and fire. "So, our crews firefighters made a valiant effort to get in and rescue the citizens who were trapped in that building," Fresno Fire Department Battalion Chief Lawrence French said.

But the abandoned house was boarded up, which hampered the rescue effort and five people died and a sixth is in critical condition.

For family members of the victims, including 37-year-old Anthony Zavala who died at Community Regional Medical Center, the day has been beyond words. "As soon as we saw him and left the hospital it started hailing, he was just waiting for us," Zavala's son Anthony Ebanez said. "He just wanted us to say goodbye. Said our goodbyes and that's my dad, he's in a better place now.

Ebanez said his father was living on the streets. He hadn't seen him in a while, but he was just down the street from the fire when he got the news. His brother Andrew said his dad may have had his problems, but he'll still be missed. "In our hearts, he was always doing good," Andrew said. "He loved us, we loved him, it wasn't equal but we still had that love for each other."

Zavala had three children. Another victim, 36-year-old Irene Hinojos, had five. Hinojos's sister said she also lived on the streets and struggled with addiction. "She never really changed, it was just her," said Ruby Hinojos. "She was always a free spirit, she knew her kids were well taken care of and she was always out."

The family is still in disbelief and isn't sure how the fire started, or how her sister got trapped. "Knowing my sister she always has not just one way out," Hinojos said. "She has another way out, so I think something went wrong."

The cause and origin of the fire is still being investigated, but until they find out Ruby hopes everyone can respect their loss. "There's always family behind every person," she said. "Family members, and so just watch what you say."
Related topics:
fresno centraldeadly firefire deathfresno
Copyright © 2021 KFSN-TV. All Rights Reserved.
FRESNO