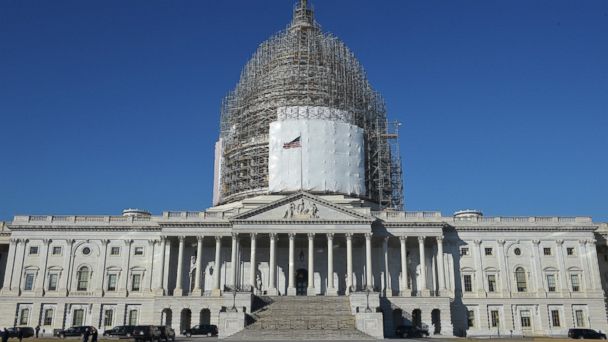 Party leaders have kept their promise of no government shutdown Wednesday afternoon - at least for the time being.

Congress passed a short-term spending bill to fund the government ahead of the midnight deadline, when the new fiscal year begins.

The Senate passed a continuing resolution Wednesday morning that will fund the government at previous years' levels. In the House, a minority of Republicans joined with Democrats to send the bill to President Obama's desk. Most Republicans opposed the measure over concerns with funding Planned Parenthood.

It will fund the government until Dec. 11, setting up a showdown in Congress down the road on several fronts.

The fiercest will be over long-term government funding. The administration and Democrats want to lift sequester spending caps on defense and domestic spending, while Republicans want to keep spending in check.

A summer patch in infrastructure funding is also set to expire on Oct. 29, when money will run out in the federal fund that pays for highway repair projects. Sen. Chuck Schumer, D-New York, and Rep. Paul Ryan, R-Wisconsin, are reportedly working on a proposal to pay for long-term infrastructure funding through international tax code reform.

Congressional leaders are preparing for budget negotiations to address the looming funding cliff and spending deadlines.

"The president and Speaker Boehner and I spoke about getting started on the discussions last week," McConnell said. "I would expect them to start very soon."

House Speaker John Boehner, R-Ohio, who made a surprise announcement on Friday saying he would resign from Congress on Oct. 30, has not said whether the House will vote on raising the debt ceiling or tackle any other big-ticket items before he leaves Congress. But he has said he doesn't want his successor to inherit a "dirty barn."

"If there's a way to get things done so I don't burden my successor, I'll get them finished," he said Tuesday.

While Democrats have signaled their willingness to work with Boehner, conservatives eyeing his lieutenants closely ahead of leadership elections could make it difficult for Republicans to compromise before the threat of another deadline.

Planned Parenthood funding will also complicate any future negotiations, as House Republicans are working on budget reconciliation legislation to target the federal funding the organization receives.

Majority Whip Steve Scalise, who is running to replace McCarthy, also voted for the bill. His opponent in the majority leader race, Rep. Tom Price, voted against it.