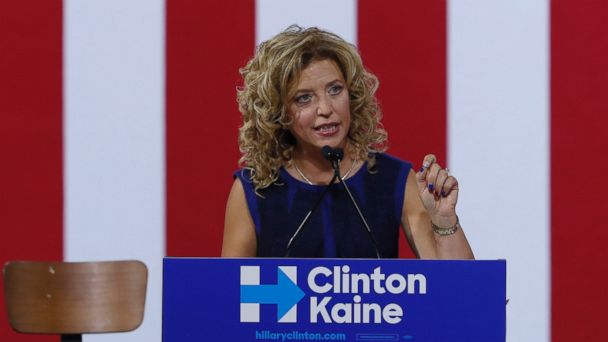 Debbie Wasserman Schultz's name is still on all of the credentials for the convention in Philadelphia this week, and she'll be the one to gavel the convention in and out of session, but her power has been dramatically reduced after an unexpected series of events.

Three days following the release of a trove of emails from the DNC, Wasserman Schultz announced that she will resign as DNC chair at the end of this week, following the completion of the convention.

But she didn't come to that decision immediately.

According to a Democratic source, Wasserman Schultz started off her Sunday defiant - insisting she could ride the email scandal out. She was involved in negotiations to keep her job at least through her primary race next month, according to the source.

As the day went on it became clear this was a massive story.

President Obama called her. The specific content of their conversation remains unknown, but he reportedly offered to give her space to do what at that point they both realized was the right move.

Two Clinton campaign aides, including campaign manager Robby Mook, met with Wasserman Schultz at her hotel suite in Philadelphia Sunday afternoon and indicated something similar. There was no pressure but an understanding that she was crafting an exit strategy.

She told them she didn't want to be a distraction, the source said, but she still reportedly feels strongly about gaveling in and out the convention and addressing delegates at some point.

In her statement announcing her resignation, she indicated that those three requests had been granted, although her speech at the convention is not an absolute certainty, according to the source.