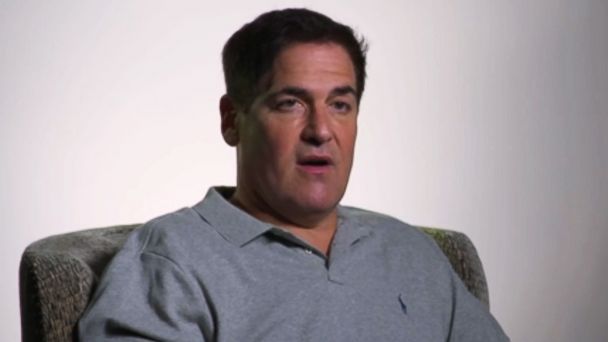 Billionaire Mark Cuban talked about everything from Donald Sterling to his own prejudices at Inc. Magazine's GrowCo conference in Nashville, Tennessee, this week.

When asked if the NBA should ban Clippers owner Donald Sterling for his racist recorded comments, the Dallas Mavericks owner said, "I think [NBA Commissioner] Adam [Silver] had to do it. There's a lot at stake for the NBA--it has to be a leader in the culture... but it's a slippery slope."

"You can't keep that ugliness out of the league. There's no law against stupid--I learned that a long time ago," Cuban said on Wednesday during the on-stage interview.

Here are some more choice quotes from Cuban's interview:

What bothers him the most:

"The thing that scares me about this whole thing is I don't want to be a hypocrite and I think I might have to be," Cuban said, likely referring to the expected vote by the NBA owners to expel Donald Sterling. "Being a hypocrite bothers me more than anything, after my family, so it won't be fun."

When asked how Cuban would be a hypocrite, the NBA owner said, "Well, I just sat here and said I'm a bigot."

"I think we're all bigots and I don't think there's any question about that," Cuban said.

More about admitting his own prejudices:

"I know I'm prejudiced and I know I'm bigoted in a lot of different ways," he said.

"There's a part of me that always takes into account race, gender and age..." he said, adding that he tries to catch his prejudices.

"I know that I'm not perfect," he adds. "While we all have our prejudices and bigotries, we have to learn that it's an issue that we have to control, that it's part of my responsibility as an entrepreneur to try to solve it, not just to kick the problem down the road."

Who's a Jerk on "Shark Tank?"target="external"rel="nofollow"

"People expect them to be the same off camera. Kevin [O'Leary] is a jerk on camera, but he's an even bigger jerk off camera. He has his own way of doing business... There's a lot of tension on air... after 10 hour days and 10 days of shooting, you really feel like you want to knock this motherf***** out."

Read More: The Multi-Million Dollar Product That Got Away From 'Shark Tank'