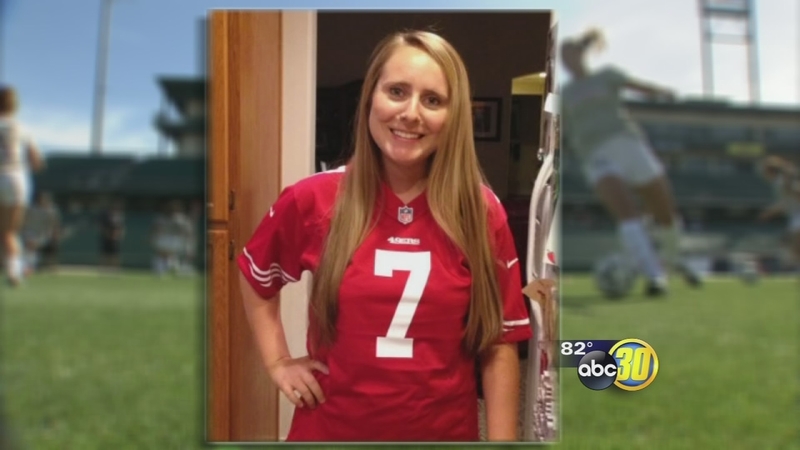 FRESNO, Calif. (KFSN) -- Warming up at Chukchansi Park just felt right for Elise Krieghoff on Friday night. She says playing for the Fresno Freeze brings her one step closer to her goal of playing professionally one day.

"I am so excited to be back in Fresno playing for my hometown," Krieghoff said.

Wherever and whenever Elise plays, she 'Plays for Molly,' often using the hashtag #playformolly on Twitter.

"Hashtag Play for Molly and I'm definitely going to utilize that tonight, because this game is about Molly and we're going to remember her tonight for everything she's done," Krieghoff said.

Molly Griffin, along with one other person, died when police say 23-year-old Hector Castillo-Pichardo ran a red light and smashed into Griffin's car in February. Elise's sister Emily was also in the car. She survived. Molly was her best friend.

"It goes back and forth," Emily Krieghoff said. "I have my nights."

Emily, her family, and Molly's family were there to cheer on Elise in her first Fresno Freeze game. But before the game began, the Freeze held a moment of silence in Molly's honor. Family then released 23 balloons for her 23 years of life. Emily says her best friend was filled with life and energy that lives on through events like this.

"This is special in that we could really remember molly in such an amazing way," Emily said.

"Well it was really very moving for me and my family to have them do that," said Doug Griffin, Molly's dad.

Like Emily, Doug Griffin, a longtime Clovis youth soccer coach, says grief comes and goes in waves. But if there is one thing that is constant, it's been an outpouring of support for his family, a family that he says now includes the Krieghoffs.

"To me I just kind of feel like I've grown some more family through this with them," Griffin said.