Bailey Feeney raised and donated more than $28,000 to help with funding for a new K9 for the department.
KFSN
By Nic Garcia 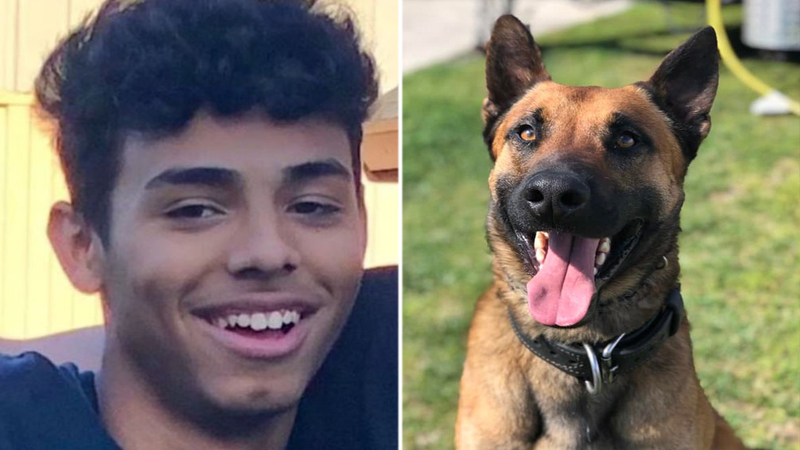 Nick is still learning the ropes but has already helped in taking down criminals and searching buildings.

He's a good boy and so was the teenager Nick is named for.

"Nick is named after Nick Kauls, the 17-year-old who was killed in the Fig Garden area," Vincent said.

In that area, one of Nick's friends built this bench as a tribute to him.

Another friend of his from San Joaquin Memorial High School, Bailey Feeney, raised $28,000 and donated it to the Fresno Police K9 unit in March of 2020.

That money was used to buy and train Nick the K9.

"Lisa got to meet Nick the K9," Morrison said. "I haven't yet, but I could tell you that he's my favorite dog out there working now."

Not only was Nick's killer caught by a K9, but he himself also had a passion for police dogs.

"That just brought tears to all of our eyes," Morrison said.

Nick the K-9's handler is best friends with the K-9 officer who found and arrested Nick Kaul's killer.

That man, Joseph Espinoza, was convicted of murder in November. He's expected to be sentenced Thursday morning.