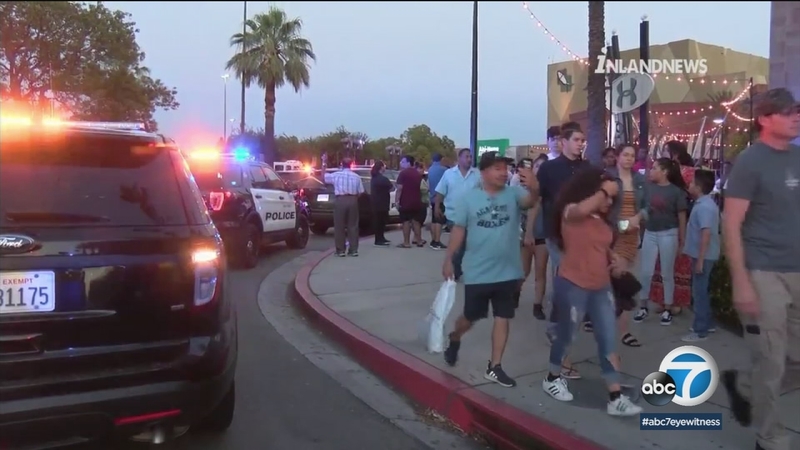 ONTARIO, Calif. -- A fight in the Ontario Mills Mall food court where someone used a Taser caused a scare Saturday night.

Authorities said the fight happened in the food court and one of the people involved used a Taser during the scuffle. The sound of the Taser scared bystanders, who then thought a shooting happened and panicked.

Witness video from the Ontario Mills Mall shows a group of men getting into a confrontation in front of stores and then continuing the fight at the food court.

Witness video of the fight shows a group of men getting into a confrontation in front of stores and then continuing the fight at the food court.

During both scuffles, the sound of a Taser echoes in the mall and people begin to scream.

In the chaos to flee the scene, one person was injured after being trampled by the crowd, authorities said.

The news spread to the connecting AMC theater and one worker said he heard people screaming about a shooter.

"There was a mob of people running out, screaming. You could hear them from inside. Then all of the sudden like seconds later, people inside the theaters started yelling and running. We heard active shooter being thrown around," Zach Miniskey said.

The mall was evacuated as a precaution as authorities conducted a search through the property for the people involved in the fight. They were not found during the search.