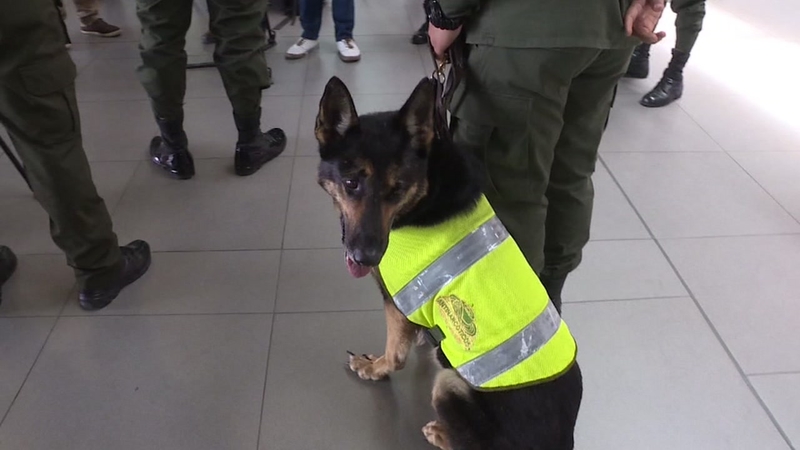 BOGOTA, Colombia -- A talented member of Colombia's Anti-Narcotics Police is being threatened by the powerful Urabenos drug gang.

Sombra, is a 6-year-old German Shepherd whose talent for sniffing out drugs has earned her two K-9 medals of courage.

The dog had to be moved to Bogota's El Dorado International Airport over fears of her safety.

Along with her handler, Sombra is now escorted by other officers to keep an eye on her, police said.

Castellanos told CNN that Sombra will continually be transferred to different locations across the country for security reasons, and that her work will be done in two years - once she is able to retire.
Report a correction or typo
Related topics:
pets & animalsdogu.s. & worlddrugs
Copyright © 2021 KTRK-TV. All Rights Reserved.
U.S. & WORLD