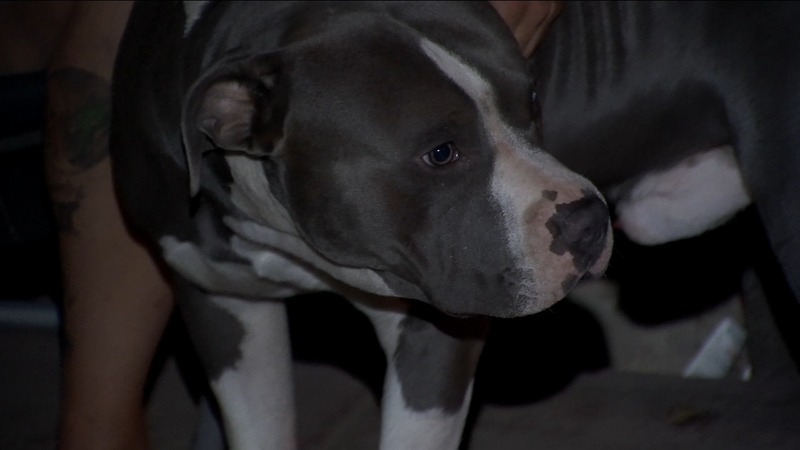 FRESNO, Calif. (KFSN) -- "We've been on high alert," said Joy Harvell as she describes the pulse of her neighborhood near Christmas Tree Lane with two pit bulls roaming the streets.

"I called the police again this morning because the brown and white one was out," Harvell told Action News.

She says over the past month, one of the pit bulls attacked two of her neighbors.

"I was in my front yard when I heard the screaming start, which was the most horrific sound that I ever heard," Harvell said. "I saw an elderly and very petite woman being attacked by the dog and yelling and blowing a whistle."

One neighbor who did not want to be identified says this is not about pit bulls, because she has one of her own; instead she tells us this is about safety.

"I walk around with a stick, or some type of weapon going on a walk and everybody is so scared, and that shouldn't be," she said.

We went to the home where both pit bulls live, the owner did not want to talk on camera but admitted her one and half-year-old pitbull Roscoe did bite two of her neighbors after sneaking out the window. She says the Central California SPCA came out both times and told her to quarantine her pitbull inside for ten days.