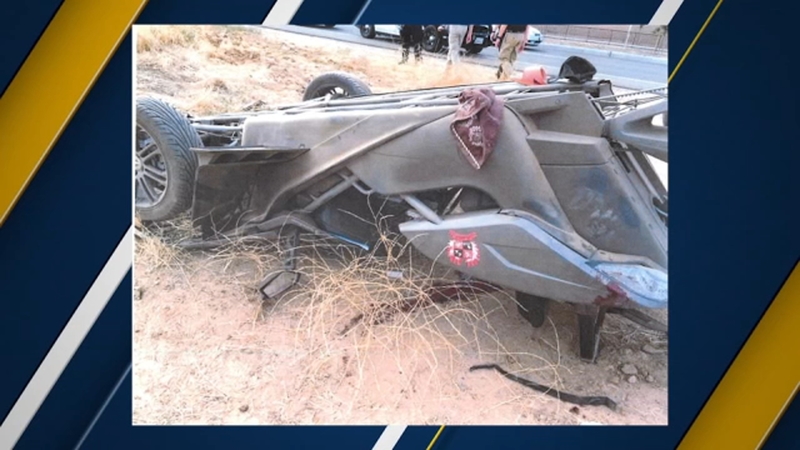 FRESNO, Calif. (KFSN) -- A Fresno man lost his right arm in a 2015 crash and he blames a defect that led to a recall four years later.

He lives with a high level of pain now, but he still wants to inspire people.

Speed wanted a motorcycle when he was turning 21 in 2015.

His mother was not on board.

"She was like 'no you're not going to get a bike,'" Speed said. "So, she went on the market to look for something safer and she discovered the Slingshot."

Speed got a Slingshot for his birthday and he loved it until about two months later.

Now he's suing the manufacturer after he alleges the steering locked up on him one day as he drove along Herndon Ave. in northwest Fresno.

He hit an embankment and the three-wheeler flipped over on top of him.

"I didn't know how bad it was until the firefighters came on the scene, cut off my clothes and then I saw his look and I asked him 'How bad is it?'" Speed said. "And he told me I'm probably going to have to get it amputated."

Speed needed more than three months to learn how to walk again.

But in court, the company's lawyers have argued Speed hasn't proved the steering caused the crash.

They said Fresno police determined it was unsafe speed.

But attorney Butch Wagner says it was a manufacturing defect.

"What we've learned through more investigation and through our expert witnesses in this case is that the power steering shuts down sometimes on some of these vehicles," Wagner said.

Two years after Speed filed his lawsuit, Polaris recalled 2015 to 2019 Slingshots because of an electrical issue that could affect power steering, among other things.

Speed hopes the company will take responsibility for his injuries.

But in the meantime, he's working with kids at Torres High School in Madera and using his experience to show his football players they can overcome just about anything.

"Don't take life for granted," he says he tells them. "You need to see the world in its greater form. Of course there are down moments but there's a greater purpose for you."