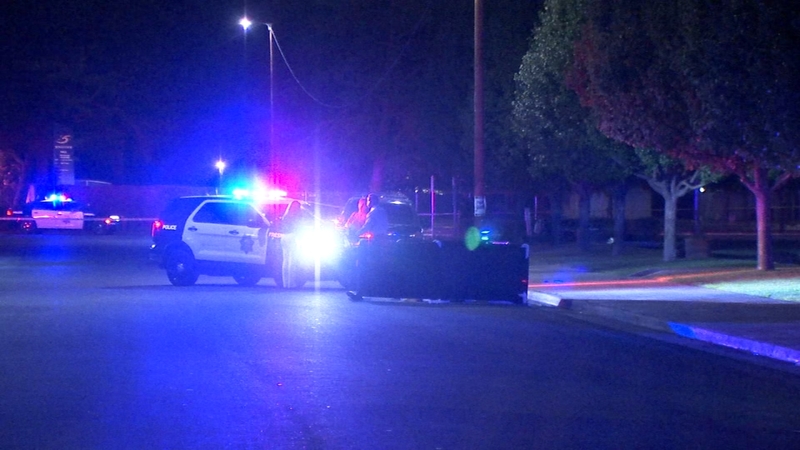 The Fresno Police Department is investigating a deadly shooting in southeast Fresno.

Police received reports of shots fired in the area of Kings Canyon and Phillip Avenue around 8:10 p.m. Tuesday.

When officers arrived they found a man who was shot multiple times, they immediately rendered aid but the man was pronounced dead on the scene.

Police say there was another man with the victim when they were approached by two suspects.

According to reports, words were exchange and possibly a fight broke out after the suspects asked the two men what gang they were affiliated with.

Police say one of the suspects pulled out a gun and fired five to six shots. However, officers were not able to find any shell casings at the scene.

Officers have searched the area for the two suspects but have been unable to find them.