San Francisco police will no longer respond to non-criminal calls

Under the proposal, sworn officers will no longer respond to non-criminal activities and will be replaced with trained and non-armed professionals.

These professionals will respond in situations such as neighbor disputes, school discipline and mental health calls.

The mayor's office said this would help lessen the response of armed officers to San Francisco schools.

As part of the reform plan, military-style weapons would also be banned in an effort to demilitarize the San Francisco Police Department.
This would include weapons like tear gas, bayonets and tanks.

Other reform priorities include addressing bias in the police department, strengthening accountability and promoting economic justice, according to the mayor.

"San Francisco has made progress reforming our police department, but we know that we still have significant work to do," Breed said in a statement Thursday. "We know that a lack of equity in our society overall leads to a lot of the problems that police are being asked to solve. We are going to keep pushing for additional reforms and continue to find ways to reinvest in communities that have historically been underserved and harmed by systemic racism."

San Francisco's police chief also chimed in on the police reform ideas announced by the mayor, saying the proposals are "consistent with our department's commitment to the collaborative reform Initiative and our aspiration to make the San Francisco Police Department a national model in 21st Century policing."

For more on the mayor's police reform proposals, click here. 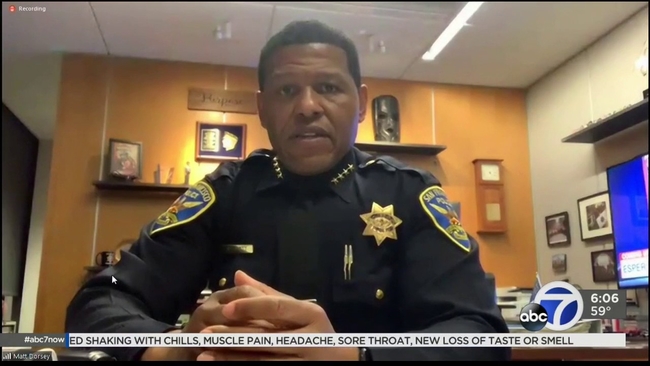