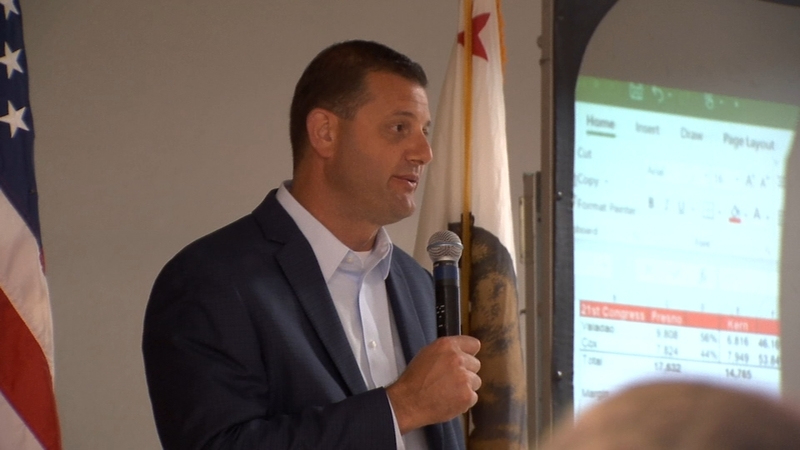 David Valadao is looking to get back into politics with an eye set squarely on his former seat.

According to the Federal Election Commission website., the former congressman has filed to run against TJ Cox again.

"He hasn't made the official announcement yet but I think he will and we fully support him," said Fresno County Republican Party Chairman Fred Vanderhoof.

Valadao represented the 21st Congressional District from 2013 to 2019.

But lost to Cox by less than a thousand votes last November.

Valadao was originally declared the winner but in the weeks following the race a total count of ballots determined Cox to be the victor.

Vanderhoof feels Valadao has the intangibles to regain the seat following his narrow defeat.

"It was a razor-thin margin and I think he has an excellent chance to win this time," said Vanderhoof.

Officials with the Republican Party say the GOP has named the 21st district as one of its main targets after losing seven house seats in 2018 and has encouraged the Hanford dairyman to run against Cox.

"This seat is very important, not just for regaining the house that is the most important but for agriculture too. The largest dairy state in the country is California," said Vanderhoof.

Valadao has yet to make any public comments on his candidacy, but the Chairman of the Republican Party of Kings County released this statement:

"David Valadao has been encouraged to run by folks throughout the Central Valley. People here appreciate his effectiveness and bipartisan leadership. David is the real deal and I know he is strongly considering running. The fact is, we haven't had much of a representative in the last seven months. TJ Cox seems to spend more time dealing with his own scandals and corruption than he does representing the district. "