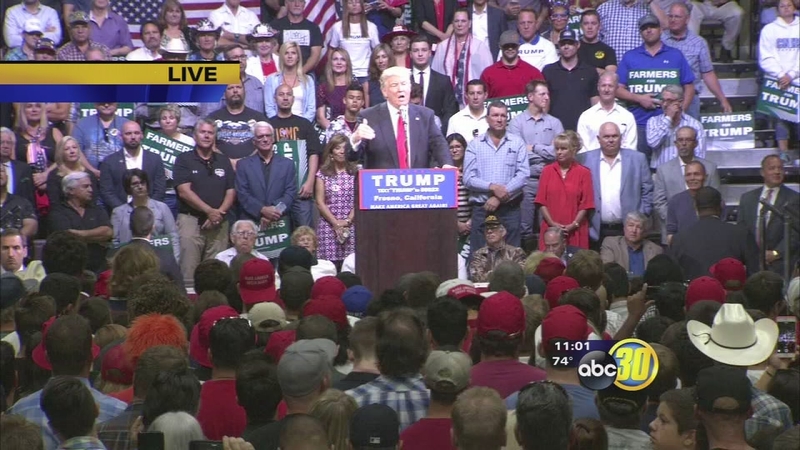 Trump's visit to Fresno is fresh on the heels of him clinching enough delegates to win the Republican nomination.

Trump spoke about Valley issues to a crowd of several thousand.

"I just met with a lot of the farmers who are great people. And they're saying 'We don't even understand it,' they don't understand. Nobody understands it. And I've heard this from other friends of mine in California where they have farms up here and they don't get water. I said 'Awe that's too bad, is it the drought?' -- 'No we have plenty of water.' I say 'What's wrong?' And they say 'Well, we shove it out to sea.' And I said 'Why?' And nobody even knows why. No one even knows why. Well they're trying to protect a certain kind of three inch fish," said Donald Trump, (R) Presidential candidate.

Outside the venue there was also a lot of activity Friday morning. Security has been tight as hundreds gathered to show their opposition and support of Donald Trump for president.

Video of CHP running through the police barricade to get Donald Trump out of Downtown Fresno.
EMBED More News Videos 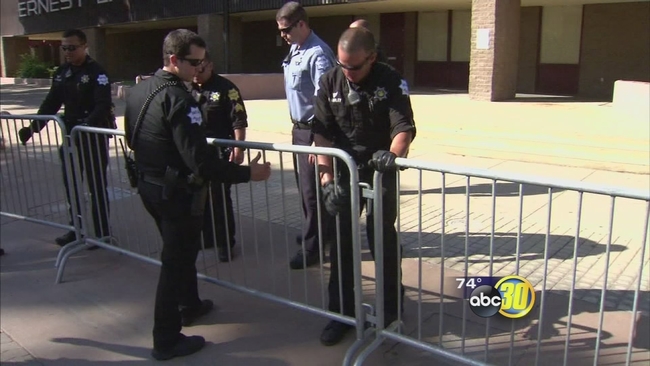 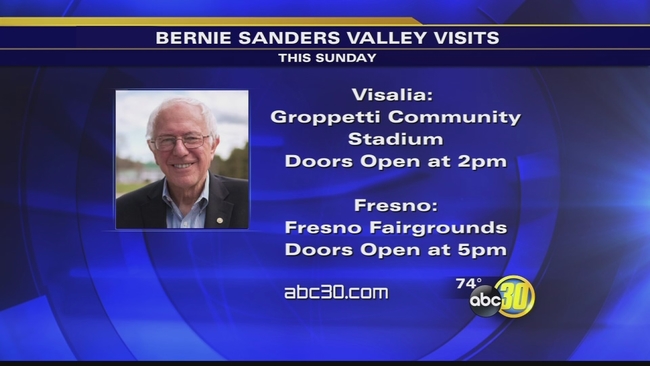