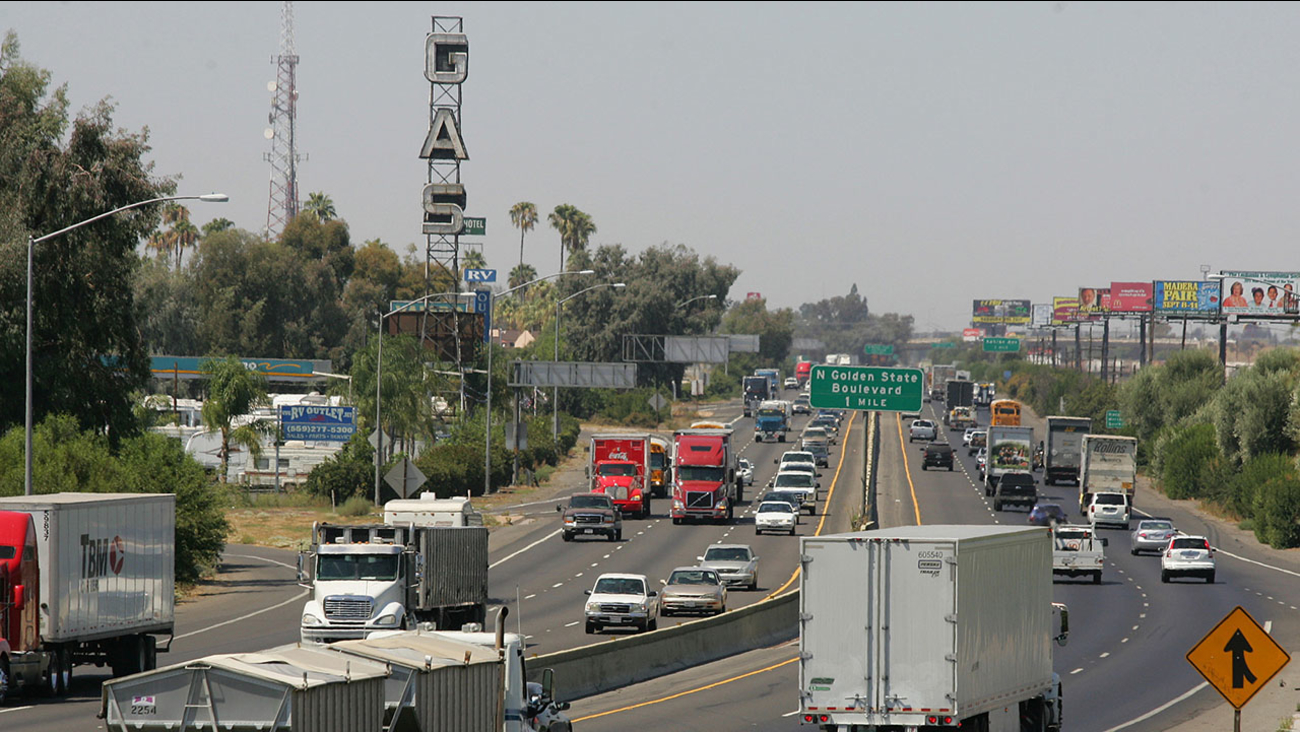 FILE - In this Aug. 23, 2011 photo, a stretch of California State Route 99 corridor in Fresno is shown busy with traffic. (AP - Gary Kazanjian)

The Trump administration violated federal law when it failed to meet a deadline to identify all parts of the U.S. that don't meet air quality standards for smog, a federal judge ruled on Monday.

U.S. District Judge Haywood Gilliam ordered the U.S. Environmental Protection Agency to complete the designations by the end of April.

His ruling was for two lawsuits, including one filed by California, 13 other states and the District of Columbia.

The EPA had until October 1, 2017, to designate what parts of the country were in and out of compliance with tougher smog standards adopted during the Obama administration.

The states' lawsuit said smog can cause or aggravate diseases including heart disease, bronchitis and emphysema, and the new standards would save hundreds of lives each year.

The designations trigger a process that forces polluted regions to take steps to improve air quality.

An email for comment sent to the U.S. Department of Justice was not immediately returned.

California Attorney General Xavier Becerra said in a statement on Monday that the state will "closely monitor" the EPA to make sure it meets the court's order.

"We stand ready to do what's necessary to ensure that the EPA does not shirk its legal responsibilities," he said.

The EPA acknowledged that it violated the Clean Air Act by failing to issue the air quality designations by the October 1 deadline, but said it was moving fast and would complete the process no later than April 30, according to Gilliam's ruling.

Gilliam rejected the states' request that the EPA move faster on some designations and make all designations effective immediately.

Becerra and Democratic officials in other states have repeatedly clashed with the Trump administration over its push to loosen environmental regulations.

Fresno nonprofit recognized as city's 'Recycler of the Year' This Stunning Eco-Art Will Blow You Away