Seeking a candidate to love, voters find Clinton one to like 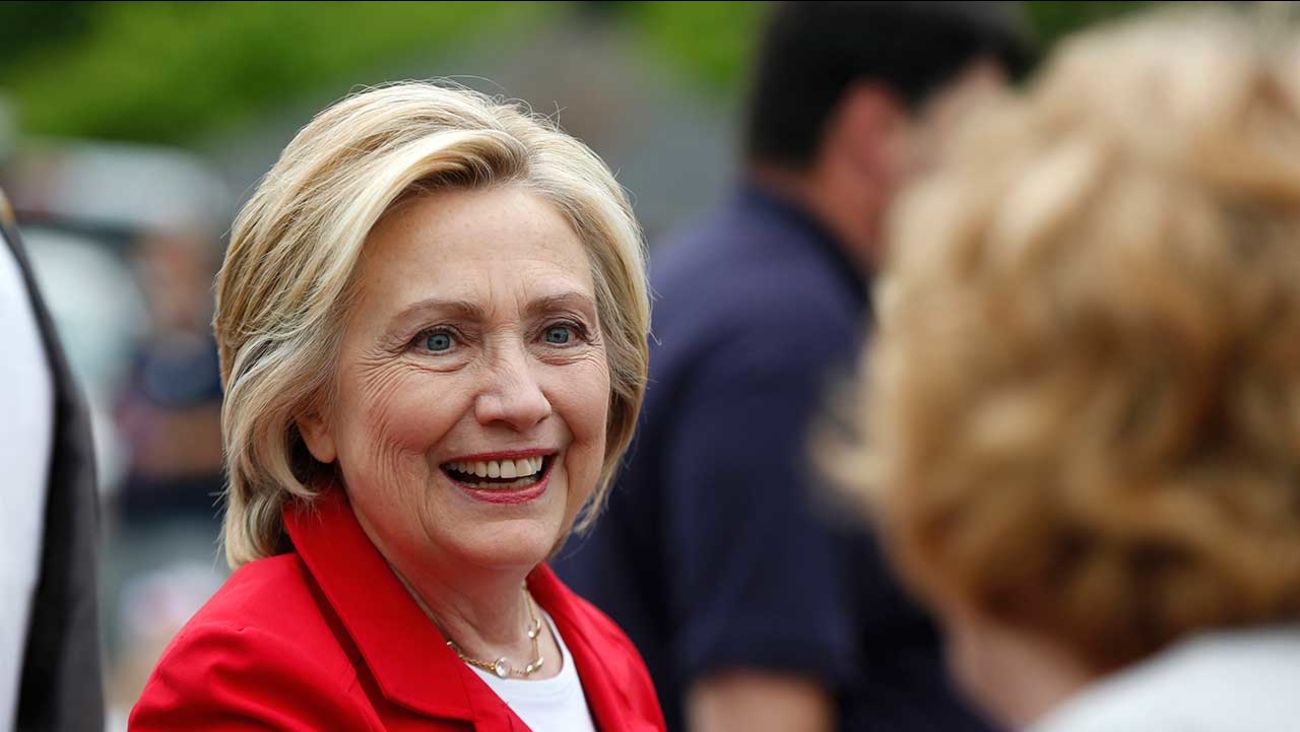 Inside the arena, the roar was deafening when Hillary Rodham Clinton took the stage at the annual convention of the New Hampshire Democratic Party.

DERRY, N.H. -- Inside the arena, the roar was deafening when Hillary Rodham Clinton took the stage at the annual convention of the New Hampshire Democratic Party. Thousands of people jumped to their feet to welcome their party's White House front-runner with cheers and noisemakers emblazoned with her campaign logo.

Outside the hall, a far less joyous conversation was taking place.

"She kind of turns me off," said Marsha Campaniello, a 63-year-old real estate appraiser from Concord, as she walked out of the arena. "But I'd rather have a Democrat in there as opposed to a Republican."

At ice cream shops and book stores, at summer fairs and fall festivals, Clinton is running into voters such as Campaniello and their questions about her character and her commitment to the liberal values they hold dear.

They are Democrats, and some independents, too, weighing a desire to keep the White House in the party's hands against the ambivalence they have for the former secretary of state and New York senator.

The Associated Press interviewed nearly 70 Democratic and independent voters in the past two weeks, all at places where Clinton has campaigned in the first-to-vote states of Iowa and New Hampshire.

Those voters expressed a litany of concerns with Clinton and her candidacy. Some say they are skeptical of her positions on income inequality and Wall Street regulation. Others question her honesty and how she handles controversy, including recent inquiries into her use of a private email account and server.

Many said they simply feel they lack a connection with Clinton, often for reasons they cannot seem to articulate.

"She certainly could manage the country," said Jim Gallagher, a 61-year-old, real estate investor from Manchester. "But she just rubs me the wrong way. But, hey, you don't have to like her, right?"

Such tepid reactions have led Clinton, once a commanding favorite, into a fall campaign where she will have the competition she long has said she expects - be it from the insurgent bid of Vermont independent Sen. Bernie Sanders and his promise of "political revolution" or the possible late entry of Vice President Joe Biden into the race.

Clinton remains the odds-on choice. No candidate in either party has as sophisticated a campaign operation or depth of establishment support.

But the unenthusiastic reaction her candidacy receives from some Democratic voters shows that despite her nearly quarter-century on the public stage, Clinton struggles to inspire the kind of personal passion that catapulted first-term Illinois Sen. Barack Obama into the White House.

Sabrina Chen, 47, a family business owner in Pelham, puts it more simply: "I like Hillary. I fell in love with Obama."

Clinton appeared to acknowledge the challenge in a recent interview with the comedian Lena Dunham, when she described the race as sometimes being a choice "between people that none of whom excite you."

She added: "If you can't get excited, be pragmatic."

The public's opinion of Clinton has grown steadily more negative since she returned to partisan politics with the April launch of her second White House campaign, after a period of high ratings while she was secretary of state.

Gallup surveys conducted in August and September found her positive ratings at their lowest point since 1992, her final year in Arkansas before becoming first lady.

Most Democratic voters still say they would back Clinton in the general election. She remains ahead of Sanders and Biden in a number of other measures, such as campaign cash and party endorsements, although Sanders' fundraising in the past three months fell just shy of Clinton's.

Biden's potential campaign, by comparison, is just that. He has raised no money for an operation that exists only on paper.

At the state party convention last month, Clinton's staff and volunteers flooded the arena, handing out more than 750 T-shirts and hundreds of signs. Many of those supporters flowed out of the stadium after her address, leaving behind a smaller, but equally enthusiastic, crowd for Sanders.

"It was a good speech and I warmed up to her a little bit more after seeing it," said Connie Wilson, 79, a retiree from Wolfeboro who is backing Sanders. "My thought was Bernie has done his job by getting her to say and get involved in the things that he cares about."

Some voters said Clinton is trying to co-opt Sanders' message in the early voting states, hoping to woo liberal voters by focusing on campaign finance, wage inequality and other issues.

"It just seems like the longer the campaign goes on the more she tries to emulate the popular things that Bernie is going for," said Spencer Jackson, 25, from Sunapee. "She makes a stand against super PACs but has been known to receive money from them. It's a double standard with her own convictions."

Aides say the fundamentals of Clinton's campaign - steady fundraising, detailed policy positions, a national organizing strategy - remain strong. Clinton, they say, must ride out the Sanders summer surge and reconnect with voters, who they say don't really know her despite her decades in office and the national spotlight.

"Hillary is engaging and talking with people in a very personal way," said Mike Vlacich, Clinton's state director in New Hampshire. "Things don't happen overnight in the New Hampshire primary, but we will have done all the important groundwork."

For some, the rebranding has been convincing. Few doubt her competence; many cite her extensive experience in Washington as an asset.

"I think in 2008 she was more standoffish and this time around I think she's very warm, very engaged," said Marilyn Lieto, 75, a former candidate for the state House from Groton who knocked on 3,000 doors for Clinton in 2008.

John Webber, of Des Moines, Iowa, praised her work in government as an asset. "I know she's not as much a 'feel your pain' person like Bill Clinton, but you don't need that to be president. It's not as important as being able to get things done."

Still, voters say that Clinton's handling of her use of a private email account and server, as well as the fundraising practices of her family foundation, have undermined her message, as have months of Republican attacks casting her as untrustworthy.

"She's very inspiring as a speaker and a woman, but she carries a lot of politics with her," said Donna Colabella, 66, a mental health counselor from Manchester. "There is a lot of baggage with Hillary that concerns me."

As she waited for Clinton to address an audience recently in Des Moines, supporter Marta Morse worried about that kind of voter fatigue. "People get stuck on the past and they don't want to give her a chance to move on," she said. "I like her because she puts up with all the muck that gets thrown at her."

This month will offer Clinton a series of high-profile opportunities to confront those issues, starting with the opening Democratic debate on Oct. 13 and then in public testimony before the House Select Committee on Benghazi nine days later.

Speculation about Biden's plans swirls, a prospect that intrigues some voters. Splitting an ice cream sundae with his 2-year-old son on a late-summer night in Derry, Michael Thiele, 33, said he hoped the vice president could rekindle the kind of enthusiasm he felt for Obama's campaign.

"If Biden decided to run tomorrow, I'd be in his campaign office signing up," he said. "It does come down to sincerity now that I think of it. And I think he's really sincere."

In spite of their doubts, Thiele and other Democrats believe Clinton remains the best candidate their party has when it comes to winning next November. In the end, that might be just enough to win their support in the primaries that come first.