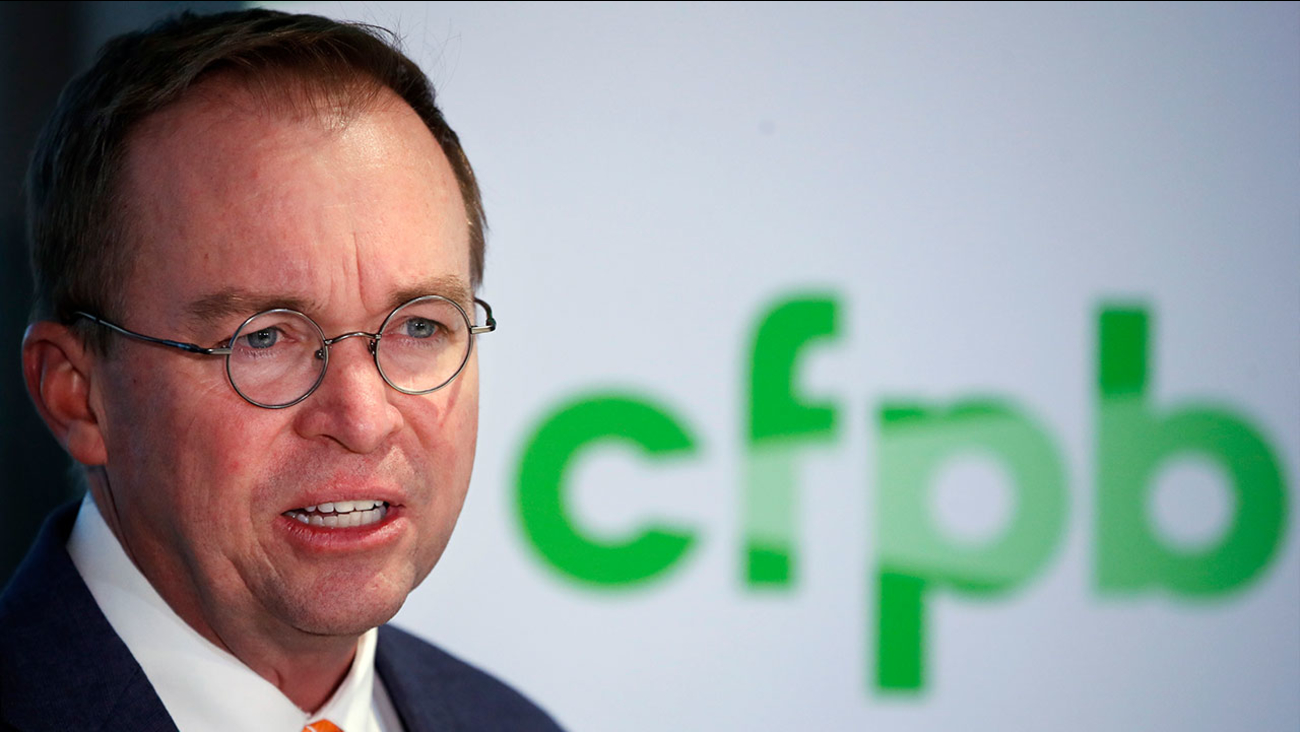 FILE - In this Nov. 27, 2017 photo, Mick Mulvaney speaks during a news conference after his first day as acting director of the Consumer Financial Protection Bureau in Washington. (AP Photo/Jacquelyn Martin)

Seth Frotman will be stepping down from his position as student loan ombudsman at the end of the week, according to his resignation letter which was obtained by The Associated Press. He held that position since 2016.

Frotman is the latest high-level departure from the Consumer Financial Protection Bureau since Mick Mulvaney, President Donald Trump's budget director who has been also acting director of the bureau, took over in late November.

Under Mulvaney, the bureau has scaled back its enforcement work and has proposed revising or rescinding all of the rules and regulations it put into place under the Obama administration. Mulvaney downgraded the mission of Frotman's student loan office and moved it the umbrella of consumer education instead of enforcement.

"The damage you have done to the Bureau betrays these families and sacrifices the financial futures of millions of Americans in communities across the country," Frotman said.

Congress specifically created the student loan ombudsman office when it created the CFPB. A previous occupant of that position is Rohit Chopra, who is now a commissioner at the Federal Trade Commission.