According to the report, the department did not meet the minimum staffing levels outlined by the National Fire Protection Association.
KFSN 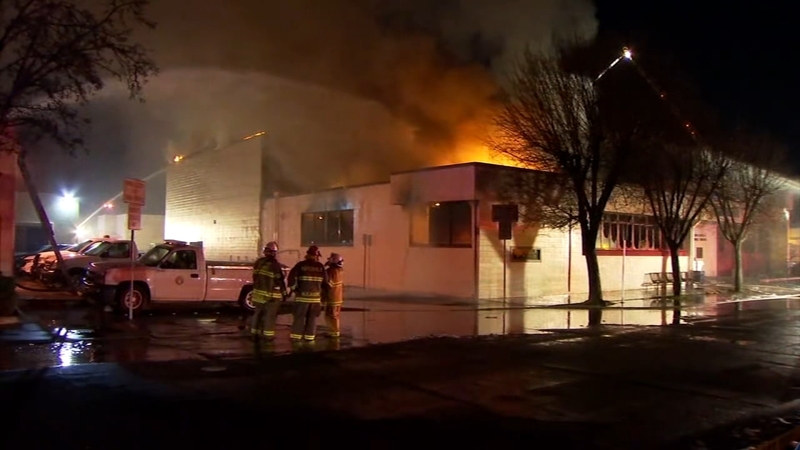 PORTERVILLE, Calif. (KFSN) -- On Friday, a multi-agency serious accident review team, or SART for short, presented its findings and recommendations related to the inferno at the Porterville library on February 18th, 2020.

Authorities believe the blaze, which claimed the lives of Raymond Figueroa and Patrick Jones, was intentionally set by two teens.

While the SART report notes that the case is still pending in court, its primary focus was to explore the contributing factors in the incident.

"We have faith that the SART and its recommendations and its findings will lead to a roadmap of recovery not only for the Porterville Fire Department but for the entire fire service," Porterville Fire Chief Dave LaPere said.

Mike Krause was the SART chairman.

He's a retired fire chief with the city of Modesto and was a member of the SART that investigated the 2015 fire that left Fresno Fire Captain Pete Dern with severe burns.

For the Porterville report, Krause and a small team spent hundreds of hours reviewing video and audio of the incident, researching laws and industry standards, and interviewing members of the Porterville Fire Department.

"That's where the rubber hits the road," Krause said. "The recollection of each firefighter that was there from their responsibility on the scene. That's usually what puts the pieces together for us."

The SART report lists findings and recommendations related to 27 different topics, including the issue of staffing.

According to the report, the department did not meet the minimum staffing levels outlined by the National Fire Protection Association.

It also says that the city's firefighters to residents ratio falls far below the national average.

"They actually had a couple of us make the presentation to them and it appears that they continue to be supportive of that issue of staffing," Krause said.

"You know it's a tragic loss for the fire department, the fire service, and the community of Porterville and that no matter what the SART report says, that the bravery of those individuals on that day still stands true," LaPere said.

Moving forward, Porterville's fire chief says the department's annual report will include a list of SART recommendations they have completed.