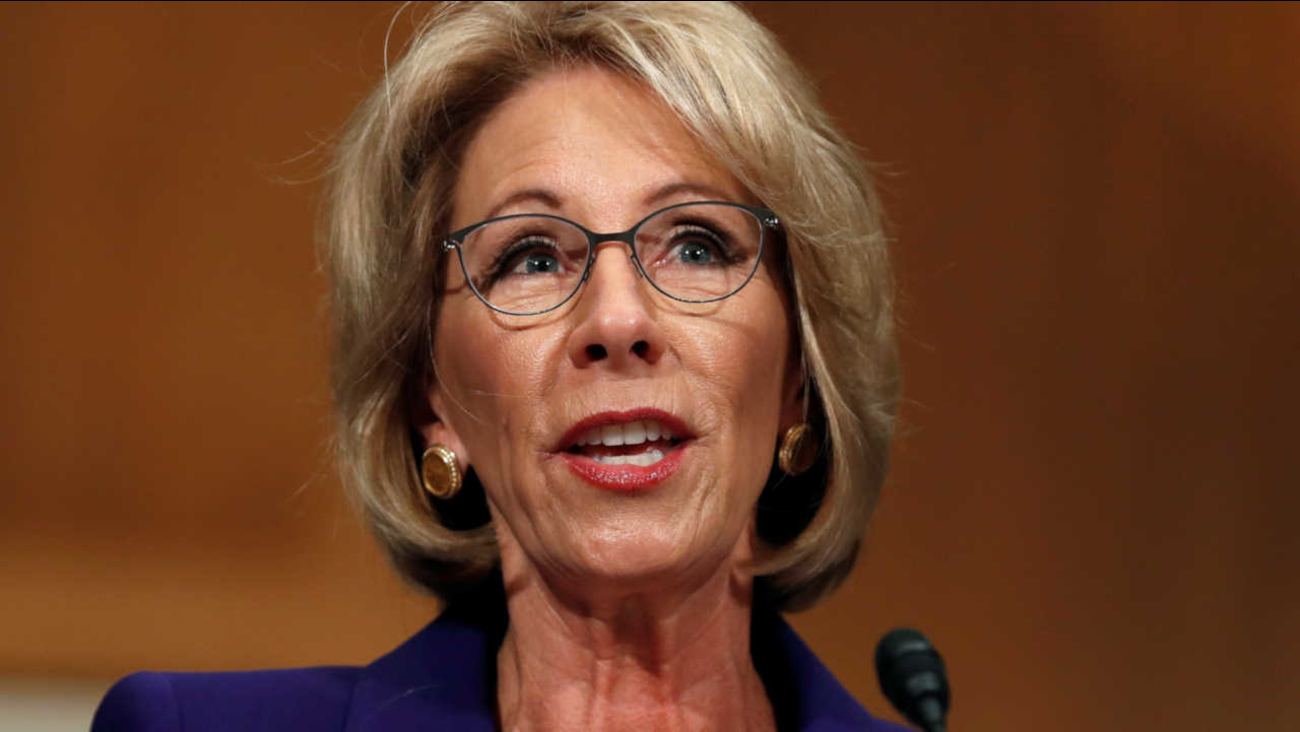 The Senate historian says it was the first time a vice president had to break a tie on a Cabinet nomination.

Two Republicans joined Democrats Tuesday to vote to derail DeVos' nomination. Democrats cited her lack of public school experience and financial interests in organizations pushing charter schools. DeVos has said she would divest herself from those organizations.

Republicans Susan Collins of Maine and Lisa Murkowski of Alaska fear that DeVos' focus on charter schools will undermine remote public schools in their states.

In an earlier tweet, President Donald Trump wrote "Betsy DeVos is a reformer, and she is going to be a great Education Sec. for our kids!"

DeVos, a wealthy Republican donor and longtime school choice advocate, has emerged as one of Trump's most controversial Cabinet picks. Labor unions have bitterly contested DeVos' nomination, fearing that she will undermine public education by promoting charter schools and publicly funded voucher programs for private schools.

Trump stood behind his nominee, accusing Democrats of fighting progress and change.