Officials: US to send 1,500 troops to Middle East 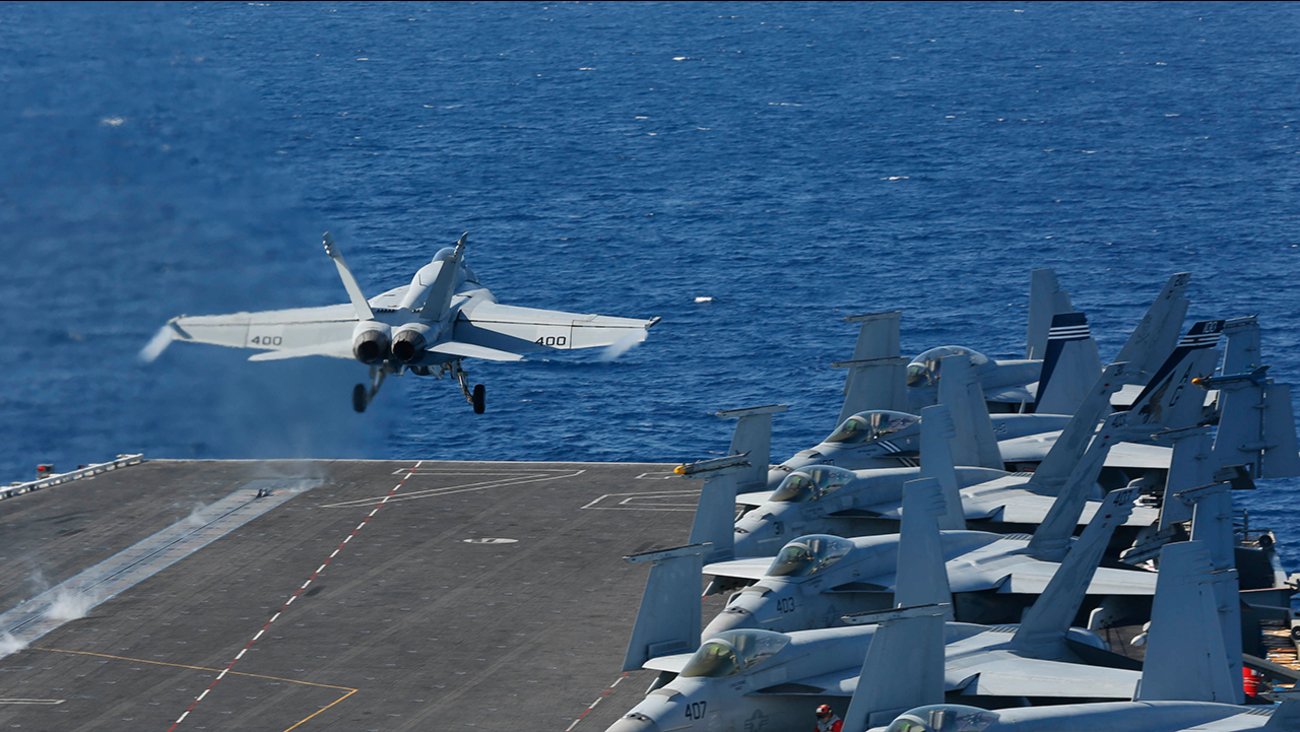 In this May 3, 2019 photo released by the U.S. Navy, An F/A-18E Super Hornet from VFA 25 launches from the flight deck of the Nimitz-class aircraft carrier USS Abraham Lincoln. (Mass Communication Specialist Seaman Michael Singley/US Navy via AP)

WASHINGTON -- U.S. officials say the Trump administration has notified Congress it plans to send 1,500 troops to the Middle East amid heightened tensions with Iran.

The officials spoke Friday on condition of anonymity because the troop plans have not yet been formally announced.

Earlier this week, officials had said that Pentagon planners had outlined plans that could have sent up to 10,000 military reinforcements to the region. Acting Defense Secretary Patrick Shanahan later said planners hadn't settled on a figure.