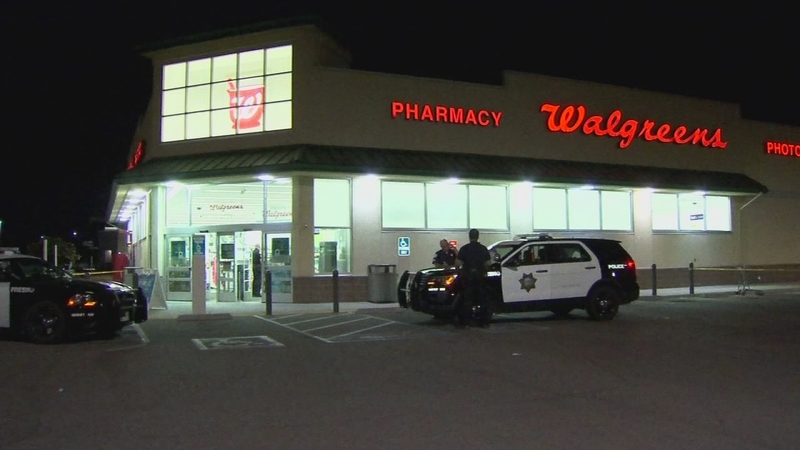 FRESNO, Calif. (KFSN) -- Police are searching for the suspect in a late-night robbery at a Walgreens in West Central Fresno. It happened at the store near the intersection of Ashlan and Cornelia.

Police said a man went inside the store late Monday night grabbed a customer and demanded cash. It happened around 10:30 p.m., just an hour and a half before closing. A man wearing a red bandana over his face confronted the store clerk and demanded cash.

Police said the suspect simulated a weapon, grabbed a customer, and made threats. The clerk told police he believed the suspect was armed and handed over the money in his cash box. The suspect then left on a bike.

Authorities are still searching for the suspect and describe him as a Hispanic man in his 30s, with a thin build, wearing a baggy black sweatshirt.

Police said at this point it is unclear if the man was truly armed, but no one was hurt.