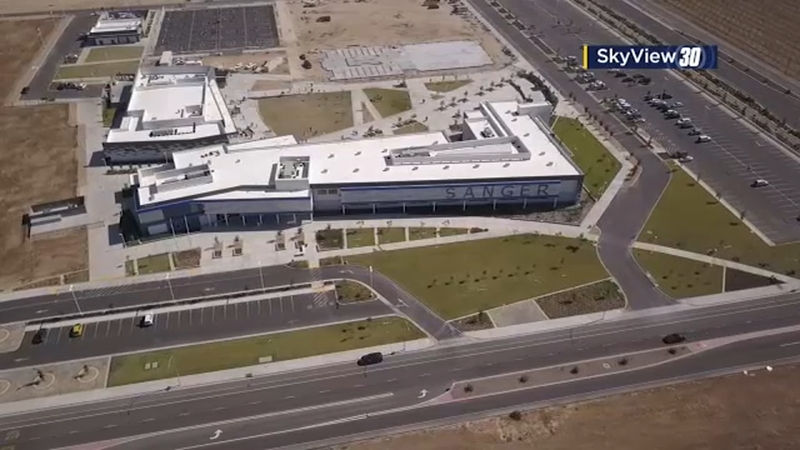 The ribbon-cutting ceremony marked the official unveiling of the district's first phase of its educational complex on the campus of Sanger High West.

The project cost $54 million and was made available through the voter-approved Measure A and Measure S money.

About 700 students currently attend the school site but that number is expected to quadruple in the years to come.

"130 years our district has been in existence and this is going to be the second comprehensive high school in our district," says Adela Jones. "We have very much been a small community, but the expansion is happening and we have to grow with that."

The first high school site and education complex of its kind for Sanger Unified is actually located along Fowler and Jensen in the City of Fresno.

"Whenever you spend this kind of money developing a campus, the number of people employed building the facility, then the educators at the facility, it all translates into economic growth for our city," says Fresno Mayor Jerry Dyer. "That's what we need now more than ever."

City leaders and school officials got a tour of the new two-story campus Tuesday, which offers an open concept with state-of-the-art advancements.

This site will eventually be home to a middle school as well as multiple athletic facilities, including an 8,500-seat football stadium.

"Probably looking into the 10-15 year range, it will have a complete performing arts center, an aquatics center and a stadium," Jones said.