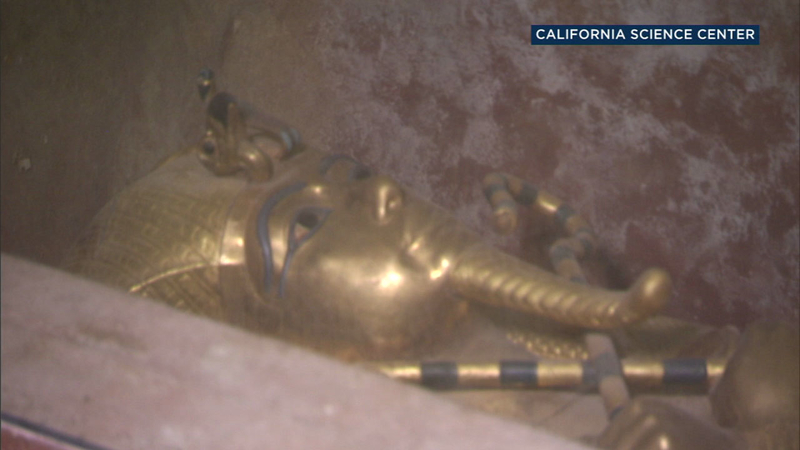 EXPOSITION PARK, LOS ANGELES -- Artifacts from King Tut's tomb will be on display at the California Science Center in 2018.

The exhibit, which opens March 24, marks the upcoming 100th anniversary of the discovery of the Egyptian pharaoh's resting place. His tomb was discovered in 1922, which was more than 3,000 years after his death.

The more than 150 artifacts will remain at the science center for 10 months before heading to Europe in January 2019.

"King Tut: Treasures of the Golden Pharaoh" will be on a 10-city international tour. It is the largest collection of artifacts and gold from King Tut's tomb ever to go on public display outside of Egypt.

Sixty of the items are leaving Egypt for the first and last time before going on permanent display at a new museum being built near the Giza Pyramids in Egypt, according to the science center.