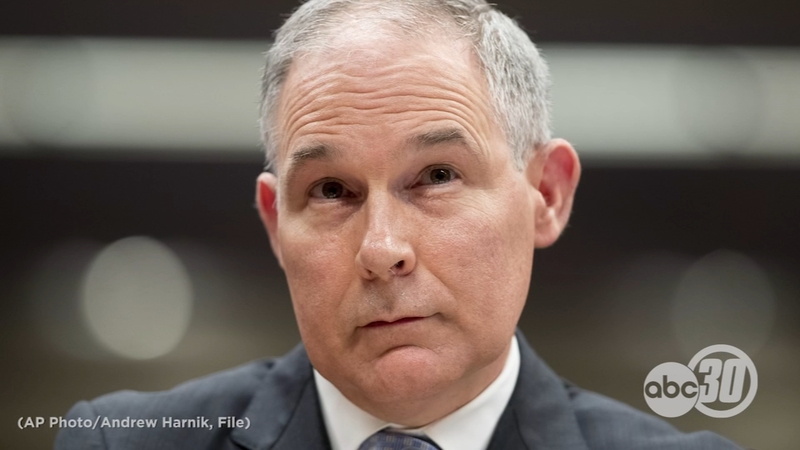 Pruitt had become a constant source of embarrassment to a president who had entered Washington promising to "Drain the Swamp."

Pruitt has faced an array of ethical questions about his travel spending, security costs, dealings with industry lobbyists and misuse of government resources.

He had denied wrongdoing in the face of multiple congressional and oversight inquiries.

Despite the scandals, Trump has been approving of Pruitt's efforts to reduce regulations that the administration says curb business growth. Trump writes on Twitter, "Within the Agency Scott has done an outstanding job."

I have accepted the resignation of Scott Pruitt as the Administrator of the Environmental Protection Agency. Within the Agency Scott has done an outstanding job, and I will always be thankful to him for this. The Senate confirmed Deputy at EPA, Andrew Wheeler, will...

...on Monday assume duties as the acting Administrator of the EPA. I have no doubt that Andy will continue on with our great and lasting EPA agenda. We have made tremendous progress and the future of the EPA is very bright!

Activists have argued those cuts have endangered the environment.