LOS ANGELES -- Actress Sheryl Lee Ralph has enjoyed decades of success in her career: on TV, stage and screen.

But with her best supporting actress win at the 2022 Emmy Awards, she became only the second Black woman to win in the category, after Jackée Harry for "227" back in 1987.

Ralph was not going to waste this moment, and she gave one of the most memorable Emmy-winning acceptance speeches... ever. She took the stage and sang Dianne Reeves' "Endangered Species" a cappella - as only she can!

"You know I've been singing that song for years because I think of myself as an artist, as a woman, as a woman of color; I'm an endangered species," said Ralph. "But I don't sing any victim's song! I'm a woman. I'm an artist. And I know where my voice belongs."

Ralph said when she heard her name called, and then the cheers from her colleagues, she was overcome with a flood of emotion.

"You know I'm the little 5-year-old girl that watched television on Sunday night when Tinker Bell came up, went around the steeple, putting stars around everywhere and I remember thinking I'm going to Hollywood!" said Ralph. "I'm gonna be an actress and I'm gonna drive a Mustang!"

Ralph's joy continued after the Emmy ceremony at a celebration hosted by Disney and ABC. She was still marveling at the fact that a new series could garner such love and support from her peers.

"That we could break out the way that we have; that people could see us and enjoy our show I can't wait to see what happens Wednesday, Sept. 21, 9 p.m.," said Ralph. "I want to see how the people come out for their new favorite TV show, 'Abbott Elementary.' And I'm your new favorite teacher. Oh yeah, we got lessons to teach!"

Kimmel apologizes to Brunson for 'dumb comedy bit' at Emmys 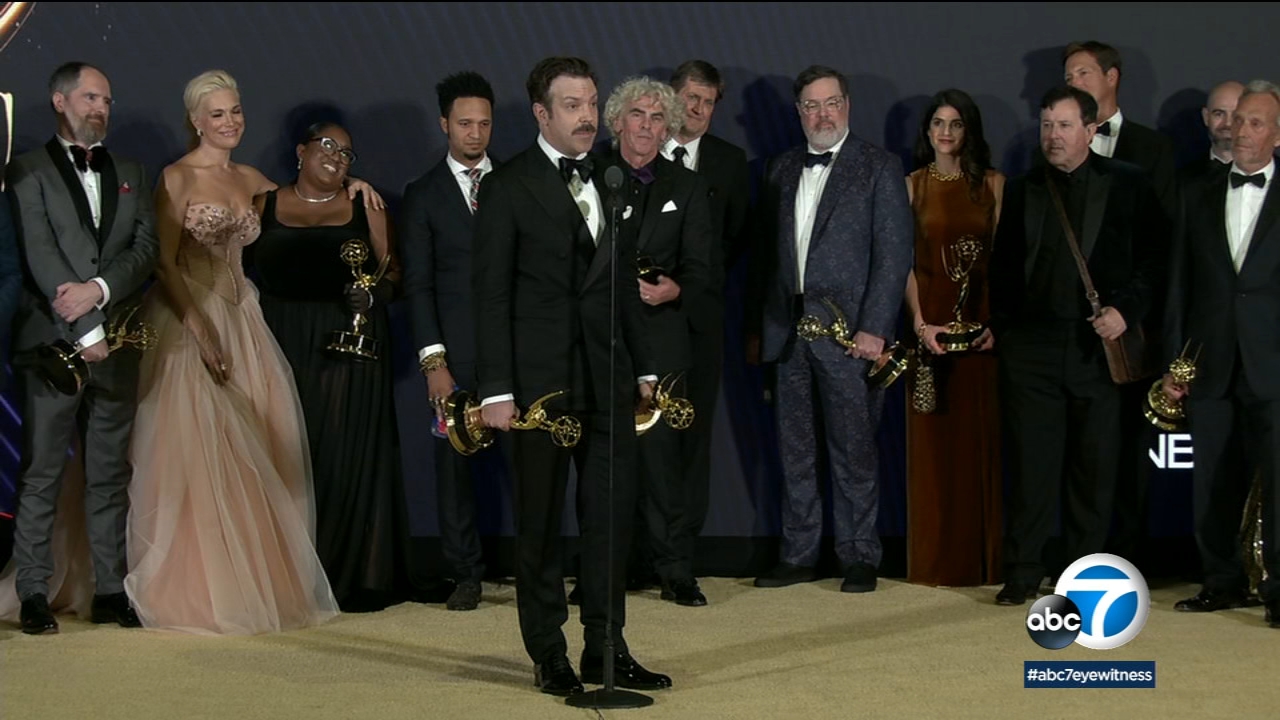