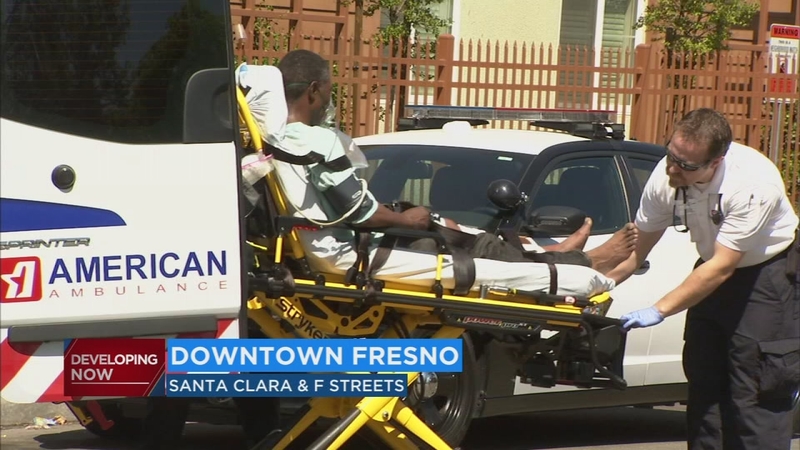 FRESNO, Calif. (KFSN) -- Officers responded to several calls about a shooting at Santa Clara and F Street around 1 p.m.

When they arrived, they found a 58-year-old man who was shot in the leg. He was taken to the hospital and is expected to be okay.

Officers say the incident all began with a large disturbance in the area with several people out on the road.

During that disturbance, a suspect pulled out a gun and fired at least one round at a victim, and took off in another vehicle that was driven by a suspect who is also believed to be involved in the incident.

Officers say they have cameras in the area and will use their surveillance video and witness statements to find the suspects.

"It was a chaotic scene when officers arrived. We going through a lot of witness statements to see what exactly occurred," said Fresno Police Lt. Stephen Viveros.

Officials are searching for a Hispanic male with a large build.