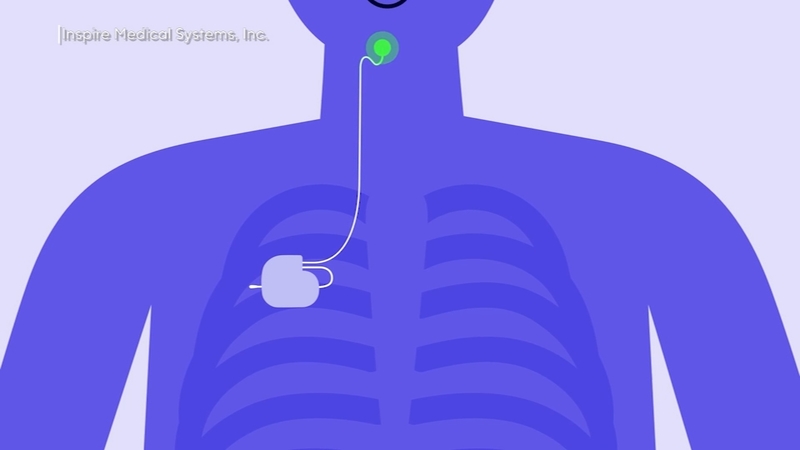 The 15-year veteran of the Fresno Fire Department spent years dragging himself out of bed because sleep apnea robbed him of rest.

He struggled with the traditional treatment using the "continuous positive airway pressure" machine, or CPAP, for years but it finally became intolerable.

"Being a stomach sleeper, fighting hoses all night, knocking it off your face, I felt like I was awake more than I was asleep because of it," he said.

Eventually, he just stopped using the CPAP and lived with daily headaches, high blood pressure and constant fatigue because of oxygen deprivation.

Sleep apnea happens when the muscle tone in the upper airway relaxes, blocking breathing five times an hour or more.

The body then briefly wakes up to restore the airway, over and over, often without the patient knowing it.

But now, Dr. Teitelbaum can offer patients a much easier option for treatment.

The Inspire device is implanted in an outpatient procedure, allowing the patient to go home the same day.

It replaces the cumbersome CPAP, putting a good night's rest literally in the patient's hands.

"It turns green, it flashes to let me know it's activating and then I put it up to my chest," Reynolds said.

Once activated, the nerve stimulator sends a signal to stiffen the muscles of the tongue and throat-preventing airway blockages.

Kevin's device was implanted about a year ago and since then, he's never lost a wink of sleep.

"From day one, no lying, woke up without a headache, no headache, blood pressure started coming down," he said.

The Inspire device is FDA-approved and the average $40,000 cost is covered by both insurance providers and Medicare.

The battery in the implanted device needs to be changed about every 11 years.

Kevin says it's saved his sleep, his sanity and maybe his marriage.

Sleep apnea can lead to cardiovascular disease, high blood pressure, stroke, depression and even traffic accidents because of the oxygen deprivation during sleep and fatigue during the day.