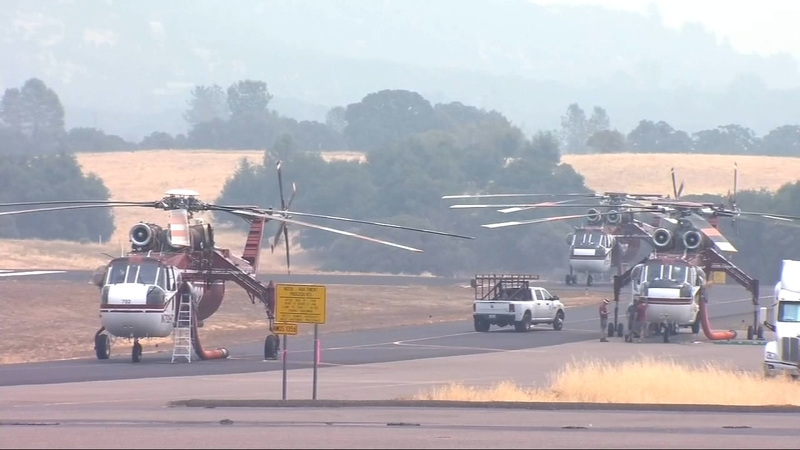 FRESNO, Calif. (KFSN) -- At the Fresno Air Attack base, the U.S. Forest Service is standing by, ready to assist in the fight against the Ferguson Fire.

"Our role so far has been just supporting the fire with the aircraft coming through moving up to the area of the fire," said base commander John Harpain.

Harpain says planes and helicopters will fly to air bases closer to the fire such as Castle or Columbia, or a helibase in Mariposa, and then onto the fire.

Harpain showed us what the aerial attack looked like on Wednesday afternoon.

"You see a lot of the rotor wing aircraft flying the fire right now," Harpain said. "Due to the smoke conditions, a lot of the fixed wing are not quite able to get in there yet with the limited visibility. Generally in the afternoon once the smoke lifts, it's much easier to get all of the aircraft in on the fire."

Fresno-based Rogers Helicopters has had two water-dropping helicopters and one fixed-wing plane assigned to the Ferguson Fire since its start.

Aerial operations were called off later Wednesday afternoon, and have been limited overall due to thick smoke and poor visibility.

But crews are flying when they can.

The Mariposa County Department of Public Health has also shared some information about protecting yourself from this smoke.